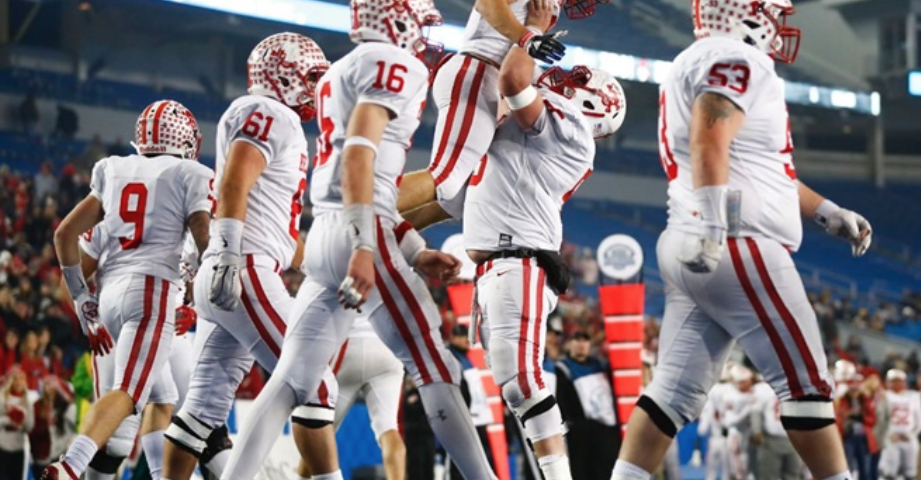 We love a good campaign at KPGFootball. We decided this morning we would start one.

Owing to our desire to effect as many people as possible, this article will remain free. Though free, we aren’t sticking it to the top of our site.

You will need to utilize the provided link to read it. You will (probably) never find it among the other thousands of articles we have published.

We have a sure-fire “Mr. Football” candidate for the upcoming 2020-season. It is the commonwealth’s best football player…Isaac Dixon.

We were looking over a college questionnaire for a FCS program recently and were pretty amused at what it wanted to know. Sure, they wanted the prospect’s height and weight. They also wanted his hand-length. We kept wondering when or even if they were going to ask whether he had done anything on the field in his career? Has it really come to this?

Don’t you miss the days when it mattered whether you could actually play football? A major FBS team offered a kid in a neighboring state, out of the 2018 class, who had scored one TD offensively and had just a hand full of tackles defensively though reportedly having played in the team’s entire accoutrement of games for the season.

This school offered him as an “athlete.” His teammates, on Friday night, must have thought him a magician. He disappeared every time the lights came on, immediately following the coin-toss.

Just where did this player’s athleticism reveal itself? Was he the king of “Sevens?” He must have been a “short and shirt” Heisman winner.

Well, it reminded us of what a KPGFootball correspondent from Louisville once told us. He said he was discussing one of “our guys” with a recruiter. The player was a very speedy skill-type.

The recruiter said, “How tall is he?” Our correspondent’s response was “How tall is 4.4 (meaning his time covering 40-yards)?”

That response, while seemingly sarcastic (and it was meant to be I am told by its maker) is legitimate commentary, snark aside. So how tall is Isaac Dixon? How long are his hands?

By the way, he torched Dudley Hilton’s Bell County squad for 228-yards rushing and 3-TDs. Go ask Coach Hilton what he thought of the kid’s physical dimensions?

Here’s the main point of this article. This is also why he is our candidate for “Mr. Football.” Isaac Dixon makes teams on which he plays better because he was on the roster. He turns teams which would be ordinary without him into extraordinary teams, championship teams, with him.

He elevates the play of every player around him. All along the way he will put up some Madden-like numbers. If we were picking a team from scratch, out of every player available to us in the graduating class of 2021, we would select him with the overall first pick.

How tall is he? Tall enough…