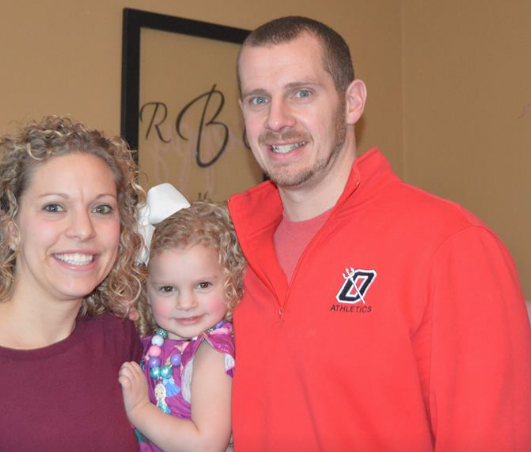 First and foremost, the best middle school teams in Kentucky are not competing in the Kentucky Middle School Football Association’s (KYMSFA) championship. Sorry, KYMSFA, facts are facts. Where you can’t get teams like Owensboro Middle School, Caldwell County, McCracken County Middle and a ton of teams in Louisville (whom rumor has it are an inch away from outright boycotting the KYMSFA over its required fee to even get to compete in the playoffs) to compete in what you call a championship, I am not sure you can call what you award a championship at all. I didn’t initiate this feature to discuss the KYMSFA, which is on life support whether it is aware or not, but, rather, to ask a legitimate question. That question is this….is there a middle school varsity team, anywhere in Kentucky, in any league, that can remotely give Coach Greg Brown at OMS a competitive football game? The empirical data suggests there aren’t.

Brown’s former charges are leading the way for the resurgent Senior High Red Devils who are climbing up the Class 5A pecking order. Austin Gough, a former superstar player at OMS for Coach Brown played for the Junior High Red Devils for three years (he played up in 6th grade). He is pictured to the left of this paragraph, to the right of the frame (No. 45), after having won the Offensive MVP Award at the Tennessee-Kentucky Future Stars’ Classic. In talking with Austin’s dad, Greg Gough, he shared with me that under Coach Brown, Austin never lost a game over the 3 years on the OMS team, and to his recollection, every game played was a blow-out. Mr. Gough couldn’t remember exactly how many games, total, Austin played but guessed it was between 8 to 10 for the three years, which would be somewhere between 24 to 30 football games. Mr. Gough told us the Junior High Red Devils, the entire time Austin played there, surrendered less than 100 combined points over the three year period. Well just who are they playing, a bunch of Joe Slappies? Owensboro Middle School will play any team brave enough to trot onto the field against them. They annually play teams like North Pulaski, Bowling Green, and, even, the most storied program in Tennessee; the football factory also known as Brentwood Academy. They play the hardest schedule in the Kentucky Middle School ranks, any and all comers, and don’t just beat them but embarrass them.

I remember, in 2016, Bowling Green Junior High played for the KYMSFA, Middle School, Division I, football championship, losing narrowly to Newburg in overtime. That same year, Bowling Green Junior High played Austin Gough’s OMS team and Bowling Green was on a running clock (were so far behind the officials asked the clock operator to just run the clock) in the second half. Owensboro Middle beat Bowling Green Junior High to death. BG didn’t belong on the field with them. Bowling Green wasn’t alone either, as that same OMS team went on to beat both Glasgow and Owensboro Catholic, both of whom advanced deep into the KYMSFA playoffs that year. The playoffs began and Owensboro, who didn’t play, stayed home and the KYMSFA crowned another champion who just wasn’t, even remotely, the best middle school football team in Kentucky. The KYMSFA does that every year, and will continue to do that until teams like Owensboro and the teams in Louisville compete.

Owensboro Middle lost the last game of the year, in 2017, to College View Middle School. College View, who like OMS, doesn’t compete for the KYMSFA Championship, was, by many accounts, Kentucky’s elite middle school team in 2017 in spite of not competing for the KYMSFA championship. College View had both South Warren and Bowling Green Junior High on a running clock struggling, only, against OMS out of everyone it played. Before that game, the Junior High Red Devils had won 27 straight football games. Coach Brown has coached the Red Devils for 6 seasons and has a 36-6 record, over that period of time. He can claim zero Middle School state football championships, but he has fielded and coached the very best team in Kentucky, at his level of play, for at least 4 of those six years. That brings us to 2018. How good are the Red Devils in 2018, on the eve of squaring off against North Pulaski, about which there is no dispute is one of the elite middle school varsity teams in the Commonwealth. Well, OMS has played twice so far this year. They have beaten Bowling Green Junior High School 30-0 and have routed Evansville (IN) Reitz Middle School 38-0.

That brings us to the initial question posed in the title to this article. Is there a middle school football team in Kentucky who can stay on the field with OMS? The early returns would say there may not be. I realize this will cause conniptions all over Louisville, Kentucky; but OMS would beat the ever-loving heck out of all you too. If you don’t believe it, feel free to contact Coach Greg Brown for a game and take the beat-down everyone else has been getting. The funny thing is, KPGFootball doubts seriously it is the talent, though we are sure that is what Coach Brown would credit. We happen to think it just might possibly be Greg Brown.