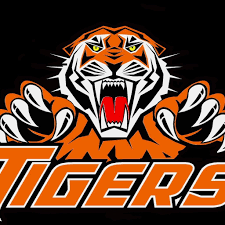 Today, although a died in the wool Tiger fan, and an avowed antagonist of the Colonels, I am going to try to put biases aside and look at the raw data to determine a likely winner of tonight’s, yearly, blood feud which is set to kick at 7:00 p.m. at the Stadium of Champions. I will try to keep the pithy sarcasm to a minimum and merely analyze the numbers. Hopkinsville is ranked 10th in the latest AP poll among its Class 4A brethren and Christian County was 6th, last week, in the 5A poll before dropping a game, 28-7, to Class 6A Henderson County. The Colonels, in this week’s poll are very prominently mentioned among the vote getters who failed to achieve a high enough total for poll inclusion. We will crunch the numbers and look at some key statistics and see if we can’t predict the winner of this match-up.

Present records…Both teams are 1-2 entering the evening. However, Christian County is coming off back-to-back, double-digit losses whereas Hopkinsville is coming off a double-digit, road win (35-20) against a ranked, Class 3A team in Caldwell County (AP, No. 10). Caldwell is also Christian County’s only victory, entering tonight. The difference? Well, for starters, the Colonels beat the blue and gold Tigers, from Princeton, 11-6 at home. The orange and black Tigers beat their feline counterparts at their place. Advantage: Hoptown

Christian County, on the other hand, has been determined by the same, above described, computers to be the 69th best team in Kentucky and the 5,180th best team in the Country. County has lost to Tennessee’s 96th best team in Rossview High School, 31-26 on the road in a game Rossview took into the 4th quarter 31-13. Rossview is ranked the 4,202nd best team in America. Christian County also lost to Kentucky’s 43rd best team, and the 3,303rd best team in America, in Henderson County. County lost to Henderson County, at home, 28-7. As you can see, both of these teams, when losing, have lost handily. The Tigers, at least to date, have played a much tougher schedule than have the Colonels. Advantage: Hoptown

Common Opponents: This is something at which most odds-makers look but something the value of which isn’t too clear. We don’t ascribe this much weight at KPGFootball but do ascribe it a little. Caldwell County is a common opponent between the two schools and the Colonels beat them, 11-6, at home, to open the season. The Tigers beat Caldwell, after Caldwell came off a road win against Class 5A, Graves County, and after the Tigers (from Caldwell) had more live game reps to iron out some kinks. The Caldwell team Hoptown saw in Princeton had to have been a better team than the one Christian County faced in Hopkinsville in the Jerry Claiborne Bowl week zero, right? Advantage: Hoptown

Hoptown: Ranked 47th, in Kentucky, according to MaxPreps and Calpreps.com with MaxPreps ranking Hoptown the 3,708th best high school football team in America.

County: Christian County is ranked 69th in Kentucky, according to both MaxPreps and Calpreps.com, and 5,180th in the nation.  However, this is a rivalry game and one which County leads the all-time series 29-26. The Colonels have also won 11 of the previous 13. Advantage…Even

Game statistics: Neither of these two teams have shown themselves to be offensive juggernauts and neither of them have benefitted from great QB play, at least not yet. Jay Bland is coming off a very good outing, though, for the Tigers, completing 8 of 13 attempts for 159 yards passing and 2 TDs against no interceptions. Bland was not so sharp the first two outings, but then again, look against whom he played.

On the year, the Colonels have scored 4 rushing TDs in three games and only one TD passing. In those same three games, the Colonels have managed only 44 total points, not all of which were scored by the offense either. The Tigers have scored 59 points, in three games, and all of the points were scored by the offense. Two of the three teams Hoptown has played (South Warren and Mayfield) are very highly ranked in Kentucky football, regardless of classification.

In its last outing, Christian County failed to find the end zone, offensively, scoring its lone TD on an 88-yard, scoop and score, by Class of 2021, L’Ray Coleman. Colonel QB, J’Lin Powell, against Henderson, was intercepted 3 times and completed only 6 throws for 49 yards passing. The Colonels’ total yards gained against Henderson County’s defense, this past Friday night, was 142 yards (49 passing + 93 rushing yards).

Against Caldwell, the Tigers ran the ball 46 times for 335 yards to combine with Bland’s 159 yards passing for 494 total yards, or just 73 fewer yards, in one game, than the Colonels have accumulated in its three games combined (567). The Tigers have gained 625 yards rushing, this season, in 97 carries with 5 rushing TDs for an average of 6.44 yards per carry and 208 rushing yards per game. The Tigers have thrown for another 464 passing yards with 3 passing TDs, for a total offensive yardage production, on the young season, of 1,089 yards.

Defensively, there can be no question the Colonels are a better defensive unit than are the Tigers. The Colonels have only allowed its opponents to score 65 points in three games, while the Tiger defense has allowed 104 points. While allowing 104 points, the Tigers have permitted opponents to gain 424 rushing yards while allowing 667 passing yards. The Colonels have allowed 367 rushing yards (to inferior opposition) and allowed 291 passing. Against the common opponent, Caldwell County, the Tiger defense surrendered 296 passing yards together with 133 yards rushing while the Colonels held them to 133 passing yards and 72 rushing yards. Advantage: Hopkinsville (offensively)/Christian County (defensively) so we will call this one…Even

Intangibles: What can one say about a rivalry in which one team has won exactly two of the last 13 meetings. On paper, the Tigers look to be a better football team at this stage of the year, but the Tigers aren’t accustomed to beating the Colonels in football. Can the Tigers overcome themselves and treat the Colonels as just a bunch of kids from another school and not a group of kids around whom they grew up believing them to be better at football than they? Advantage: Christian County

Crunching all of the above and taking the psychology out of it (which is a factor but how big of one we don’t know), we can’t overcome the fact that Hoptown is a better football team than Christian County largely because Hopkinsville is considerably better on offense and the County defensive prowess hasn’t looked as daunting since week zero as it looked against Caldwell in the Jerry Claiborne Bowl. For the Colonels to win, they have to have breaks similar to the housed fumble against Henderson County and the two safeties it enjoyed against Caldwell County. For the Tigers to win, they have to limit turnovers and penalties and get a good (not necessarily great) game from the QB position. The computers believe Hopkinsville to be considerably better than Christian County and, after all, a computer may not be always right, but at least computers are impervious to bias. 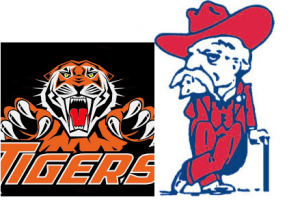 Well guys, this is what the tea leaves tell us. Our being more impressed with Hoptown is largely owing to its schedule versus the schedule played by the Colonels up until now. Christian County leads the all-time series and have won 11 of the past 13 which held some sway with us. If this was an opponent not named Christian County, we would be picking the Tigers by a much larger margin than the 9 points we are predicting. Well, I suppose we shall how this plays out tonight! Either way, we can’t wait to see how this conflict resolves and it will be interesting to see whether the statistical analysis, employed here, foretells anything, at all, about the outcome. The great thing about football is; it still has to be played on the field. Thanks for joining us for Inside the Numbers.