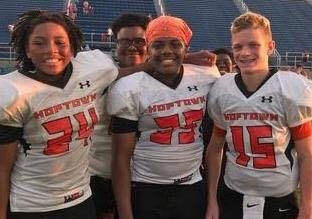 Have you ever wondered about the etymology of the expression eating crow. Most people are aware the meaning of to eat crow is associated with the mental anguish generally attenuate with being forced to admit one’s fallibility. Eating an actual crow would be pretty disgusting, the theory goes, as a crow is a carnivore and, though I have never eaten an actual crow, I would assume (as would many people) the meat would be rank and extremely distasteful. I read an article online from which I formulated this theory and it is on worldwide words.org, and linked herein for your convenience.

According to the Atlanta Constitution, in an article first published in 1888, it was claimed the expression originated during the War of 1812. The story goes that an American went hunting and accidentally found himself behind the British lines. Again by accident, the American shot a crow while intending to shoot a tastier bird. The American, upon being discovered, and by a British officer no less, was complimented by the officer on his fine shot. The officer somehow persuaded the American to hand over the fire arm, whereupon the British officer leveled the fire arm at the American hunter, and, as a punishment, made the hunter take a bite out of his unintended quarry. The American obeyed and the officer, unwisely, handed back the firearm. Restored to arms, the American now leveled the gun at the officer and required him to eat the rest of the crow, until fully consumed, or so the story goes.

I have learned today, and am grateful for this knowledge, that crow really isn’t too distasteful if you pan fry it with pepper corn, juniper berries, a dash of tyne, half a head of garlic, some salt, and brown sugar. If you are wondering why I am going on and on about eating crow its because my old team, HMS, is feeding it to me today after firing the shot heard round Kentucky last night in beating the same undefeated Christian County Middle School Football team which beat them 30-0, and the story of which appeared on this publication, with a publishing date of August 31, 2018. The story is linked here, again, for your convenience. So how is it even possible for two teams to be thirty points apart in late August only to have the loser of the first matchup win 14-8 merely 32 days later? It takes a lot of work, it takes a lot of good coaching, and HMS has come a very long way in those 32 or so days.

No where has the improvement been more pronounced than on the defensive side of the ball. A defense which began the year as wielding as a wet noodle has ended the year a formidable and opportunistic unit equally adept at setting the edge, defending the run, and dropping into the coverage to defend the down-field passing game. Defensive Coordinator, and veteran football coach, Robert Stinson, both deserves tremendous credit for the improvement undertaken by his unit from the first game through last night’s mighty effort and has shown, at least to Christian County Middle School, that this is one defensive coordinator you don’t want to face a second time. No one contributed more mightily to the defensive effort than his own son, Bo Stinson. Stinson, pictured to the left of this paragraph, forced two of the three fumbles on the night. Perhaps, it’s his pedigree, being the son of a four-year starter at UK, the grandson of a basketball player for the University of Michigan, and the nephew of a former FB for The Thundering Herd of Marshall University.

Defensively, Stinson was far from alone regarding noteworthy effort. The Tigers have benefitted all season from remarkable and outstanding play from out of the back four. Corner, Trushaun Matt, No. 3, who is pictured to the left of this paragraph shown next to All-State candidate, Jacob Beale (as a size reference, Beale is 5-11), is a killer and showed KPGFootball that his candidacy for the Middle School, All-State football team is something to be taken very seriously. Matt, whose maturation as a defensive back has to be attributed to the very fine work of defensive backfield guru, Keno Brown, batted away several of Joshuah Keith’s downfield pass attempts and came up and lowered the boom on opposing RBs without the slightest hesitation and, may we add, devastatingly. Coach Brown’s charges intercepted one of Kentucky’s best QBs in his class, Joshuah Keith (2024), numerous times on the night. Another impressive transformation has been undergone by Jamari (Moochie) Meadows. Moochie is 6-2, 200 pounds of muscle whom had never, before this year, played football. Early in the year, Moochie couldn’t even get in a stance and, frankly, looked awkward and confused most snaps. Last night, he was a perfect terror, making plays both up and down the line and in the backfield consistently. Moochie was un-block able and put Christian County Middle consistently behind the sticks.

On the offensive side of the ball, we have been impressed all season with the play of Jacob Beale. Beale has been both calm and composed, even when running for his life. Last night we saw a much-improved effort up-front from the Tiger trench-men and the offense was able to move the football most importantly with the game on the line, you know, when it mattered most. The passing combination of Beale to Mercer (Daisjaun Mercer, No. 5) was particularly potent. With Hoptown trailing the Colonels 8-0, and after having turned the Colonels over, the Tigers pounced immediately. Jacob Beale faked, out of the pistol, a Spread-Read-Option, which was tagged with a pass play right down the seam. Beale rode the fake out, pulled out the ball and, instead of running with it has he had done before, he straightened up and hit a streaking Daisjaun Mercer who had been left naked down the middle of the field. From there, Mercer turned on the burners and separated from County’s back-end easily beating the pursuit into the end zone for the team’s first score on a pass play covering over 60 yards. After a failed 2-point attempt, the score was still Christian County 8, HMS 6 as the game went into half-time.

Deep in the second half, and still trailing 8-6, HMS, benefitted from yet another County turnover. After gaining possession, the Tigers relied on some tough running from its jumbo tailback, Jaron Mills. On the most dispositive drive of the night, the one on which the Tigers would take the lead and take control of the game, Mills both battered his way toward the goal line and, when not running the ball personally, lead the way for Beale to gain valuable yardage. Once inside the County five-yard line, Mills threw a crushing block to open the door for Beale to strut into the end zone for a 12-8 lead. After having failed the first time to convert its two-point try, HMS was able to convert the second attempt thus providing the final margin of 14-8.

In the interests of full disclosure, I would not have considered it possible for HMS to beat CCMS last night, any more than I would have thought Logan County’s 7th grade team capable of traveling to Franklin, Kentucky and upending second seeded Franklin-Simpson. Just perhaps, that is what is great about this time of year. Just perhaps, that is what is great about rivalry games and playoff games and the whole darned sport being honest. When two teams walk onto the field of play, either of them can win…whether it’s Old Dominion and Virginia Tech, Appalachia State and Michigan, Logan County Middle School and Franklin-Simpson, or even Hoptown and Christian County. That’s why one has to play the game. In the end, all of the rosters, talent, coaching, statistics, can’t take the place of stepping between the painted lines and hashmarks and playing the game. Either team can win, and no amount of lead is safe, so long as there are seconds remaining on the clock. As for eating Crow? Well, if prepared correctly, as this bird certainly was, I am finding it right delicious to tell you the truth. I am enjoying it immensely.