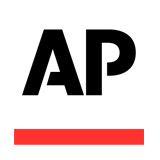 Every week at KPGFootball we believe it important to represent our subscribers and readers by faithfully and thoughtfully voting in the Associated Press top-10, high school football poll. After casting our vote, and before the poll gets published, we share with our “people” for whom we voted and why. The image above this paragraph simple demonstrates that we voted in this week’s poll and that the votes we are about to show you were properly registered.

In the 1A classification…

First off, we still like Pikeville as the top team in this classification. Coming out of a week where they surrendered 41-points to a Henry Clay team which won its last game November 2, 2018, we aren’t sure the divide between Pikeville and Paintsville/Holy Cross (Lou.) is quite as wide as we thought going into the night, but we still think the Panthers are the classification’s top team. Crittenten County pasted a Murry High (2A) team, 35-14, loaded with talent. We would be lying if we maintained we saw that one coming. Crittenden’s 22-0 loss to Caldwell to open the season is beginning to appear mighty “flukish.”

We aren’t sure Lexington Christian beats Beechwood. Beechwood is just a fine football team at this level of play playing an unbelievably difficult schedule. When your only loss was by 2-points to 5A’s top ranked team at its place, well that should tell someone something. Still, LCA hasn’t been playing a bunch of “Joe Slappies.” Look out for West Carter, they are red-hot and have the people over at PrepSpin sold on their being a title-contender. Middlesboro at Breathitt County on the Riverbank will tell us a lot about both teams. It appears Owensboro Catholic, which has to have a premier coaching staff to be doing what they are doing with what they lost from last year, and Hancock County have a clash upcoming in the next few weeks where there will be a ton of eyes watching with anticipation.

KPGFootball went and took in the Ashland Blazer at Bourbon County game. AB, playing its first game of the season, looked like the team which had been playing instead of Bourbon. AB is really good, well-disciplined, well schemed, and well coached. Belfry is still the best team in the classification, but like Pikeville, we aren’t as sure as we once were they will end up on top in this Class. When DeSales host Paducah Tilghman this weekend we will learn a lot about both teams. Watch out for E-Town, they appear to have it rolling and the 2016 Middle School state champions at TK Stone, the middle school which feeds the E-Town program, are now seniors. We will be monitoring them closely from here on out. We suggest you should too.

Somebody tell me how one beats 6A Henderson County by double-digits, completely routes Caldwell County, and then goes on the road and losses to a team it hasn’t lost too since 1994. Yessir, go on the road and lose to Calloway County, Hoptown, and you drop completely out of this week’s poll, at least in our opinion. Maybe Calloway is much improved. We’ll start monitoring them closely to see. People are calling Calloway over Hoptown, Friday Night, maybe the biggest upset in KHSAA football history. Hoptown entered the game 45-point favorites. Enough about that, neither of those teams are ranked this week. Johnson Central put it all over Simon Kenton, 47-17 in Independence, Kentucky with SK coming off consecutive wins over Highlands and Walton Verona. Monitor Letcher Central, they seem to be legit and Logan County gets a pivotal District 1 visit from a reeling Hoptown. If Hoptown wants to climb back in our top-10, WIN THAT GAME! Central is a team we haven’t seen play until this weekend. Thirty-point win over 6A Meade County is a solid indication Central should challenge for a title again this year. Corbin was all over Class 2A, District 7 Leslie County this weekend.

We’re getting pretty close to voting Bowling Green Senior High number one in this classification. The Purples get South Warren at home and it is just another “pivotal” game which will be played on the first weekend in October. Owensboro Senior looks poised to run the regular season table as their toughest opponent, Daviess County, figures to be behind them. Lookout for the upcoming matchup with cross town Owensboro Catholic. No way Catholic has the horses to play with them but that hasn’t stopped Catholic in the past from be-deviling the “Red Devils.” Southwestern is lurking around the bottom half of the top-ten undefeated, and we think the Colonels of Christian County may be back but would like for them to play another game this year just to make sure.

The 6A classification provides as few surprises as can ever be provided in an amateur sporting event. The “Big Boys” always seem to be the same teams, year in and year out. McCracken is a team we really like. The home tilt with Daviess County will tell us quite a bit. Daviess County dropped its only game, by one score, to Owensboro Senior and Senior is L-O-A-D-E-D! Bryan Station is beginning to make some noise. In the end, it looks like a two-team race for the championship here between Trinity (Louisville) and North Hardin.

Anyway, the above is how we voted in each classification and why. Join us again next week. What the heck, we may as well do this again at that time. Look forward to it.