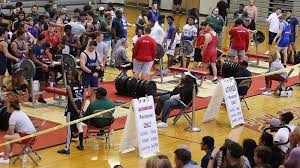 He is still on our editorial board down at the magazine and would still be writing features for us if he wasn’t so tied up at the Jackson Times-Voice as editor of both its print and digital versions. His name is Fletcher Long. We, like many of you, tend to listen to him.

He sent in the below article in the hopes he could get me to write it and publish here. He is my boss, after all, so the question of whether I would run it was probably a rhetorical one. I thought instead of running it as if I had written it, I would just publish what he sent.

Coach, this is Fletcher. I talked with a coach at Central Hardin today (January 20, 2021) and was very disturbed by what he had to tell me.

Spring of 2020 would have marked the 40th-edition of the Kentucky High School Powerlifting Championships. Outside of a few intervals, the Championships have been generally hosted and administrated by Central Hardin High School.

If you have never covered or attended one, It is a great event and a fun cover. I have, personally, covered the event twice.

Now, I don’t fault calling off the Championships in 2020. At the time the event usually falls, sometime in March of each spring, 2020’s getting called when the “Sweet Sixteen” was canceled as well is defensible. I am not sure about now.

The reason I have sent this to you is I have corresponded with one of the event’s main administrators who has shared that the 2021meet has already been cancelled. This surprised me.

We have just successfully navigated football and volleyball season. We are in the throws of wrestling and basketball with all indications supporting we will play baseball and softball as teams are practicing now. Football programs, across the commonwealth, are lifting and preparing for next season, just as they should be.

With all of the above being said, it is difficult to believe we can’t safely conduct a high-school powerlifting meet. Here is why I care.

You have before heard me say to play college football you have to be elite in one of three areas; speed, strength, or frame. Kids not naturally imbued with the greatest of frames (through no fault of their own) can work themselves to “the next level” with speed or strength.

Not having high-school powerlifting would be the equivalent of canceling outdoor track for the fast kids. It denies kids who want to work their way to the next level an opportunity to create a credible record of their abilities and accomplishments.

Anybody can claim, “I bench and power-clean blank and blank.” It is a whole different matter of legitimacy where you have done those things in a setting with judges who record and certify each lift.

Equate it to the 40-yard dash. There are a ton of 4.5’s all across “Twitter.” However, there aren’t many kids at the Kentucky High School Outdoor Championships besting 11-seconds in the 100-meter.

The bottom line, Coach, is I fear that when the pandemic stabilizes we will have been too far removed from powerlifting competition for its return. I am worried about its future vitality.

Its extinction would divorce many deserving kids from opportunities to win championships and gain adulation rewarding hard work and achievement instead of just size and appearance. As a society, I believe we need more, not less, opportunities to both reward and recognize people who push themselves toward excellence through hard work and tireless devotion instead of persistently pandering to those just lucky enough to be born a certain way.

Would you mind writing and publishing something on this?

Fletch, I believe you just have.