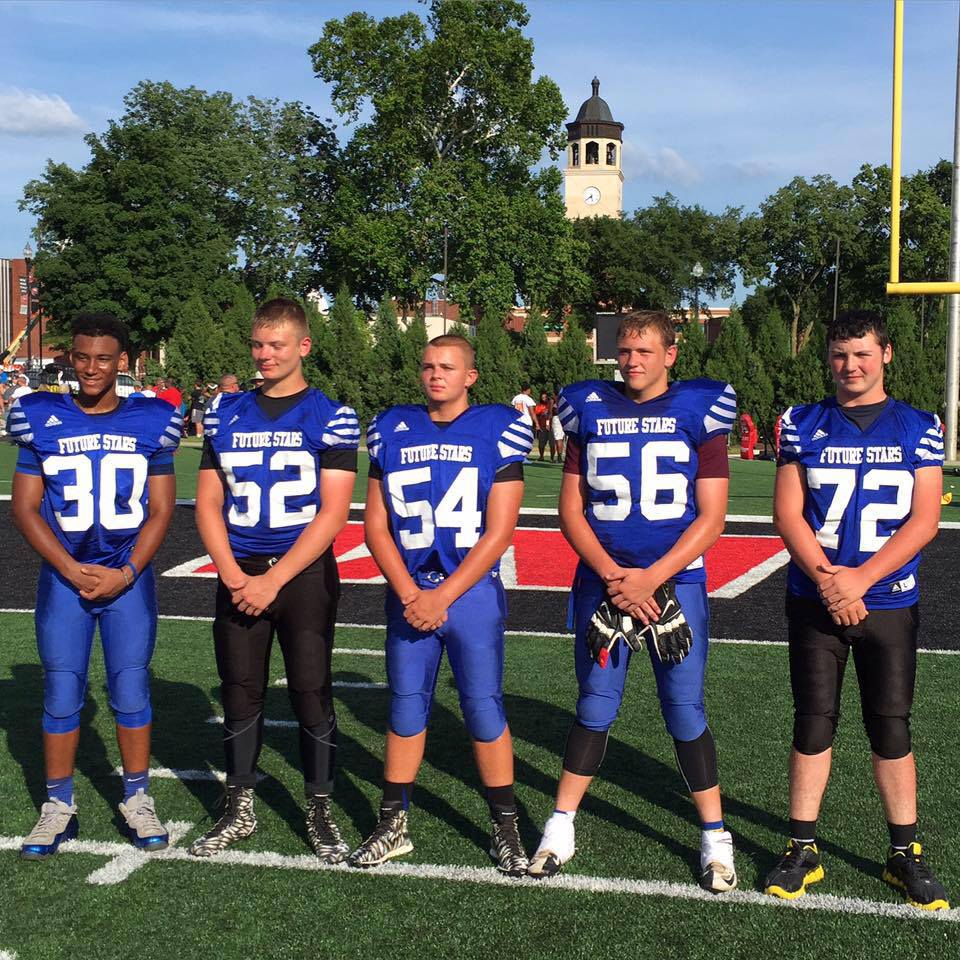 There is a lot of excitement right now around the Maroon Football program at Madisonville North-Hopkins. Well, with the young talent accumulating in Madisonville, Kentucky, frankly, there should be. We wrote just this week about a Team Kentucky Future Star, Davyon Vanburen, and alluded to the fact there were more of these Team Kentuckians roaming around the Western Coalfield Region. In fact, in the article dated September 3, 2017 the name Dru Flener was specifically noted, if my memory serves. Dru and Davyon were both on the Team Kentucky Future Stars team this past summer in Clarksville, Tennessee and now they are both on the roster for Madisonville North-Hopkins. They matriculated down different paths through Middle School.

Vanburen played for Tyrone Gregory at Browning Springs Middle School, which hosted the Bear Bowl. Flener played at James Madison Middle School for Coach TJ Gibbons. Coach Gibbons provided Kentucky Prep Gridiron the following written correspondence about his former player. Dru Flener is the type of young man you want to coach. He’s fearless, both as a player and leader, and a pure athlete. The kid is the total package. Along with Vanburen, Flener will play a pivotal role in the future of football in Hopkins County.

Those of us who were at Thornton Field behind the HHS field house last night got to witness, first hand, the future of Hopkins County Football. Flener and his Maroons beat a previously undefeated Tiger, 9th grade squad, 24-20 in a game which went down to the last play, after North-Hopkins staked itself to a 24-8 lead in the first half. Now, in fairness, HHS doesn’t let Super-Freshmen, EJ Austin, Lane Rushing, and William Long play in freshmen contests, but what was left was still damn formidable. HHS’s 9th grade team got to borrow some fine players from HMS in Dre’Shaun Richardson, 8th Grade All-American Candidate William Hughes, and Tre’Von Jefferson, who threw a long TD pass to Reece Jesse for the only score in the first half.

Flener is a player who moves well and makes good use of his hands either punching, ripping, or swimming. He has excellent size and frame, particularly for a 2021 player, and his even playing freshman football indicates the health of Madisonville North-Hopkins football program. At many programs a player of his caliber would be immediately pressed into Varsity action. At Madisonville North-Hopkins, Flener is being permitted to gain a bit of seasoning before being thrown into the fire. We have praised with some exuberance the young talent in the freshmen and sophomore classes at schools like Owensboro, Hopkinsville, Louisville Male and other places across the Commonwealth. Through players like Flener and Vanburen, Madisonville is serving notice it doesn’t intend to take a back seat to anyone.