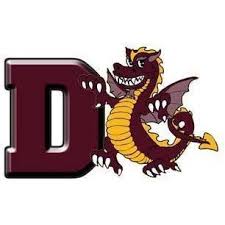 Louisville Doss is a really good football team, which many of you are already aware. Doss was 7-3 in the regular season, a perfect 5-0 in District 4 of the 5A classification in route to a district title, and finished 6-2 in its region. Doss ended the year 8-4 losing in the 2nd round of the playoffs at home to Montgomery County, the little team that could from Mt. Sterling, Kentucky. After that set back in the playoffs’s second round, Doss lost its head coach Phillip Hawkins to Owensboro Apollo. In what I am sure many thought a curious move, the Dragons then hired Michael Crowe to coach its football program. Crowe, who had been coaching girls’ basketball, had served on the staff for three season prior to taking over the head job as offensive coordinator in 2015-16 and quarterbacks’ coach in 2017. For the Dragons to succeed at the level at which they played under Hawkins, particularly his last season there, they will have to have an influx of young talent. They would tell you they have that in Tanner Coyle, class of 2021.

Now, no one can say there wasn’t anything left in the cupboard by the outgoing head coach as Doss does have the 7th highest regarded prep player in the commonwealth, as rated by 247Sports.com in Shawnkel Knight-Goff. Knight-Goff, a defensive end is the first Louisville high school player to commit to Kentucky since former Seneca defensive end Lloyd Tubman in the 2014 class. So if Coyle wants any pointers on being a big-time high school prospect he want have very far to go. Coyle is 5’8 and weighs around 200 pounds but runs the forty in a hand-timed 5.2 seconds. He has been described as very strong, especially in the lower half and was awarded the MVP of a National Tournament playing running back in youth football. Coyle also played for the 10th Street Cardinals in Louisville for Coach Joe Thomas. Coyle had a reputation around the Louisville leagues for being a really hard hitter.

Doing a little digging around, we were able to learn at KPGFootball that while Tanner Coyle‘s defensive experience has been at middle linebacker in youth league, Doss plans to utilize him as an outside linebacker this coming season. This is somewhat surprising as his build and speed are better suited for playing inside rather than outside, particularly in Class 5A; but hey, that’s why they make the big money! We are also told Tanner dominated JV football last season though that is something which is hard to determine owing to the fact JV games go uncovered unless we cover them. We can tell you Coyle registered 5 tackles last season for Doss in varsity action, 3 of which were solo tackles. We can also tell you he wrestled in 36 varsity matches this spring which should assist his application of leverage and the effective use of his hands on the field. Finally, we can tell you if Coyle is the varsity star everyone, including we believe and project, this is the year he will show us.