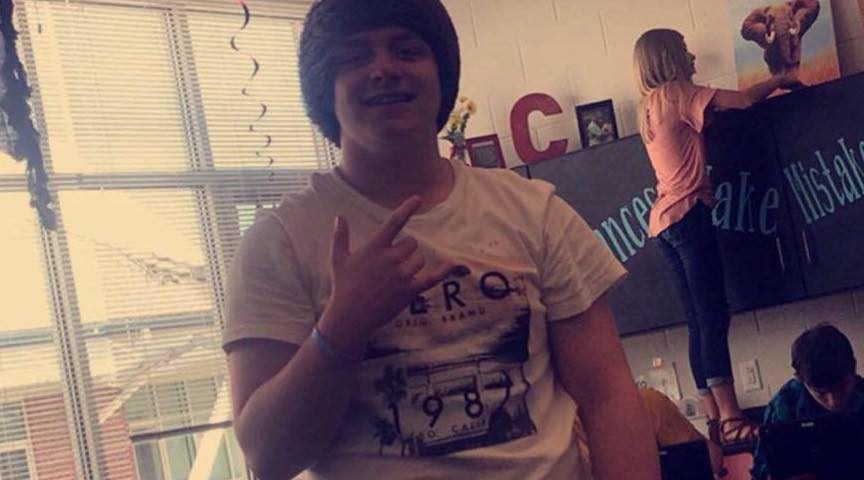 The Christian County Colonels are one of the more storied Kentucky football programs in the 5A classification. The Colonels figure to have a mammoth prospect anchoring its offensive front in 2019 named Scotty Blythe.

Scotty “Bubba” Blythe, and all 371 pounds of him, is powerful, strong, and certainly quite a lot of mass. As we like to say about offensive linemen and some defensive linemen depending on what they are called upon to do, Mass is Mass. If anyone is expecting you to either stand rigidily against its down-hill onslaught, or dig it out of a hole, it has to be something for which you show appropriate respect and for which you adequately account.

There is excitement abound for the entry into the varsity program of one of 2023’s top overall prospects in JT Adams. JT is a middle-school wrestling champion, main-stay stalwart on Team Kentucky, both FBU and Future Stars, a Bret-Cooper Junior All-American, and KPGFootball’s #2, overall, football player in his graduating class. Folks around the Colonel program both are excited about his addition to the roster and, frankly, should be.

This past week-end, a 2023 footballer fully demonstrated JT Adams isn’t the only freshman whose arrival should be anxiously awaited. We believe Guy Blythe, Bubba Blythe’s little brother, has demonstrated he will make some noise in 2019, both quite early and quite possibly.

Now we have covered middle school football since coming on-line and have developed a reputation for being THE foremost authority on that topic anywhere in Kentucky. Our being, literally, the only media outlet willing to cover middle school football makes our being the leading experts not quite as impressive as it would have been otherwise, but oh well. What we about to tell you, the reader, coming from us, the experts, should be something you may want to remember.

Guy Blythe showed all those wondering, via Blythe’s performance in Paducah, Kentucky, that, if he fails to see PT on Friday nights for the Colonels in 2019, the reason won’t be because he is neither physically strong nor explosive enough to contribute. Blythe, weighing just a hair under 220 pounds (219.8) at the powerlifting meet at McCracken County High School known as the “Border Brawl,” put on quite a show for those watching.

Guy benched pressed 230 pounds and power-cleaned 215 pounds though only still an eighth-grader. He’s not quite there yet, but should he get those lifts to 250 or more pounds on the bench press and 225 pounds or more on the power-clean, he will have accumulated sufficient strength, power, and explosion to possibly contribute to the Colonels’ varsity efforts as early as the coming Fall.

We don’t have any problem forecasting that Guy Blythe, even at his current strength, power, and explosion levels, is among the top-10 (or so) football players, in those all-important categories presently populating Kentucky’s 2023-class of football players. This is one Guy who showed KPGFootball, this past Saturday, he is worthy of our attention, our monitoring, and, most of all, our coverage.