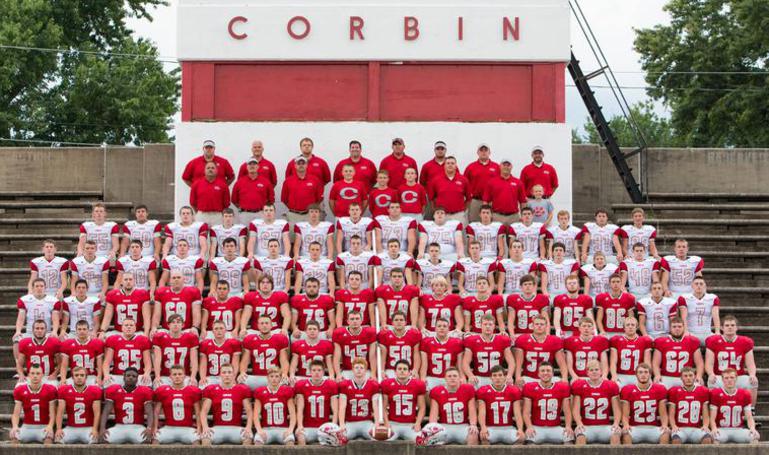 Not every team plays in week zero, but just about the entire Commonwealth of Kentucky will be hitting the field tonight. We came into the 2018 season with lots of questions. Tonight, many of those questions will be answered, and emphatically. In this article, we will feature two teams, both of whom are coming off huge week zero wins, but against competition which won’t comprise the best team either will see over the course of the 2018 football season. The winner of this match-up tonight….well, we will know something about one or both of these teams at this game’s conclusion. These two square off in the Cumberland Falls Pigskin Classic. First, for the visiting Admirals…

In 2017, Danville went 15-0 and won the Class 2A State Football Championship for its 11th State Title. Danville High School was loaded, last year, and they only lost 11 players from off the 2017 roster. However, it isn’t always how many players graduate, sometimes it is whom those players happen to be and what they contributed. Dmaurie VanCleave graduated and the diminutive, speedy, playmaker caught 82 footballs in 2017, had 1095 receiving yards and 14 TD receptions, rushed for 762 yards with 11 rushing TDs, intercepted 6 passes and scored a variety of TDs from off of special teams, to include the 60 yarder he housed in the State Title game against Mayfield. The Admirals have QB Zach Thornton still at the helm but he is missing, through departed seniors, 158 receptions, 30 TDs receiving (of the 37 TD passes he threw in 2017), and 2,180 receiving yards. All told, on the ground, Danville High School lost 1,900 rushing yards and 25 rushing TDs to go with the 2,180 receiving yards of production gone and the 30 receiving TDs scored last year.

Defensively, Danville has to replace VanCleave’s 6 interceptions and DonLeavy Harris’ 117 tackles, but do return Darrian Bell who had 144 stops his sophomore season and Kishown Bartleson who tallied 76 tackles while a junior. The Danville High School which takes the field against Corbin tonight in the Cumberland Falls Pigskin Classic is not the Danville High School we watched win the Class 2A State Football Championship, at the conclusion of the 2017 season, but that doesn’t mean they aren’t close. While they only lost 11 seniors, the eleven they lost represented 85% of its passing production, 81% of its TD receptions, 56% of its points produced,  and 71% of its ground gains for the entire 2017 season. Of course, Danville High School football is still Danville High School football and they are ranked at the top of Class 2A and will compete for the classification’s championship because history seems to repeat itself and they certainly have the history. If Danville comes out of this game tonight with a win over Corbin, whom they didn’t play last year, it will be safe to say the Admirals reloaded, as opposed to rebuilt. That nagging question will be answered.

For the home team, The Corbin Redhounds…

Corbin was 13-2 last year and made it to the State Championship Game before being smoked by Boyle 40-21. In addition to winning 13 games, Corbin did something else last year damn few teams did in beating the Tennessee High School, Class 3A State Football Champion, Alcoa High School on August 25, 2017 in Alcoa, Tennessee. Corbin only lost 8 seniors from off its State Runner-up ball club but the District 8 Champions lost a HUGE one in Cameron Sizemore. How does a team replace a QB who completed 185 of his 272 passes for 2,695 yards and 32 TDs against 7 picks? Not only could Sizemore throw it around the ball park, but he also ran the ball, last year, for an additional 412 yards and scored 5 TDs on the ground.

Coming into the 2018 season, we couldn’t imagine Coach Justin Haddix moving Chase Estep to QB even though he was the second option at QB in 2017, behind Cameron Sizemore. After all, Estep had 51 receptions for 631 yards and 6 scores last year as Sizemore’s primary target. Well, against Class 5A Whitley County (7-5 in 2017) in week zero, Coach Haddix showed us, at KPGFootball, we don’t know everything. Haddix turned over the reigns of the Redhound offense to Chase Estep, after all, as Estep played every meaningful snap at QB against Whitley. How did Chase do? Well, if you consider completing 10 of his 14 passing attempts for 162 yards passing with 3 TD passes acquitting oneself admirably (we sure do), then he did fine, thank you very much.

Christian Gosselin was an effective member of the receiving corp, in week zero, catching 3 Estep passes for 66 yards and two TD receptions and Jacob Steely showed he can pick up some of Estep’s slack, in Estep’s move to QB, by contributing 7 receptions for 96 yards receiving and one TD reception.  Corbin, like Danville, is highly regarded in the 3A classification, and also like Danville, Corbin is Corbin; meaning they have performed traditionally to the level which deserves the benefit of the doubt, each season, as to whether they will be in the Title chase. Plus, Corbin has a State Championship middle school team with which to replenish its roster. While that may be of nominal assistance in 2018, it does put them on solid footing in years subsequent to 2018. Corbin is huge upfront and has one of the Commonwealth’s best young linemen in Logan Smith, Class of 2021, to handle the Admiral defensive front.

This one is a tough one to call and, after tonight, we will know whether replacing VanCleave was a matter of next man up or did his departure dampen (at least a little) the Admiral’s prospects going forward. We are picking the Redhounds in a game where Corbin is benefitting from the three point advantage most pundits believe playing at home nets.