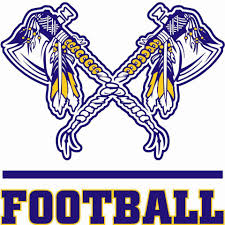 We got a contact from a reader who asked us to feature Conner Knipp from Grant County High School in Dry Ridge, Kentucky. Actually, he was on our list of prospects to feature anyway; we were getting around to it.

Conner is a Class of 2022, QB who we hear is only 14-years old. This makes him among the youngest starting signal callers in Kentucky’s 5A classification. How’s he doing? Well, quite well actually.

While Grant County is 3-4 and have lost its last two games decisively to both the Moco Indians and Frederick Douglass; Conner, who has played QB in 6 of the 7 games, is doing quite well. There is certainly no shame in losing to Frederick Douglass. There was a time when losing to Montgomery County was, likewise, expected.

MoCo, historically strong, is not having its best year. That aside, Knipp is really playing lights-out.

Conner has completed 88 of his 173 passing attempts for 1,207 yards passing with 16 passing TDs against only 3 interceptions in his 6 games of varsity action under center. He is well on target to have over 2,000-yards passing with somewhere in the neighborhood of 25 passing TDs. Should he have those numbers, which he is on pace to hit, he would have had a tremendous year indeed for a player at his age and stage of physical development.

Conner is 5-11 and listed at 150-pounds but looks to be considerably thicker than that. He is a star baseball player, in addition to what he does on the gridiron. Knipp has a strong arm, can make all the throws one expects from a starting QB at the Kentucky 5A level, and, perhaps most importantly, makes mature and sound decisions with the football. Anytime you see a QB throwing 16 TD passes against only 3 picks, it is pretty clear he isn’t throwing the ball into double and triple coverage often.

Grant County finishes up with Scott County (who’s tough) before playing both Great Crossing and Gallatin County (two of the worst teams in Kentucky high school football). The Braves should slide into the playoffs 5-5. That would be an improvement over the 3-8 record the team posted in 2018.

It is commonly reported the key to QB play is leading one’s team to the winner’s circle. Should the Braves finish as we forecast, that would just be another way in which Knipp’s play is proving to be making a difference for his team.