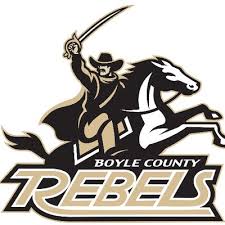 Sometimes KPGFootball goes to different high school venues and gets down right depressed with the dwindling support, the institution’s and community’s empathetic attitude combined with ever-emptying stadiums. We love high school football or we wouldn’t do what we are doing, but there are places where we doubt high school football still turns a profit. It isn’t always akin to winning either. About three years ago, this author was at a second round, KHSAA game between two opponents, with the home team (at the time) sporting a 10-1 record. You would have thought those stands would have been rocking. Au Contraire!  The cavernous stadium contained under 100 people. Seriously, under 100 people came to watch a 10-1 football team play in the second round of the KHSAA State Playoffs, at home.

Luckily (at least for KPGFootball), there are places all over Kentucky which still honor the Friday Night Lights and still consider prep football one of the greatest shows in town. One of those places is in Boyle County (Danville), Kentucky. The fans of Boyle County High School are referred to as Big Reb Nation! This Friday night, Big Reb Nation travels to Lexington Catholic where the No. 5, Class 3A, football team will entertain the classification’s top ranked juggernaut and, seemingly, undefeatable foe, in the Boyle County Rebels. There is one thing for which Lexington Catholic better prepare and that is the onslaught of Big Reb Nation which will arrive in Lexington to storm the walls of the Knights’ castle. Of course, the Knights better likewise be ready for Boyle County’s All-State QB, Reed Lanter.

Lanter is doing everything a coach, any coach, would ask of his signal caller and that is WIN GAMES! That has always been job number one for anyone at the position. Last year, Reed Lanter, then just a sophomore, led his team to a 14-1 record and a Class 3A State Football Championship. So far this year, Lanter has the Rebels sitting atop the polls at 7-0. That’s 21-1 as the starting Rebel QB for those counting. Lanter, in 2018, and as the focal point of every team’s scouting report, has completed 97 of his 155 pass attempts for 1,479 yards passing (211 per game), and thrown for 16 TDs with only 3 interceptions. That is a completion percentage of .62580645 or damn near 63%. As he averages over 15 yards per completion, meaning the passes aren’t all thrown into the flats. With an offense which, through seven games, has rushed for 1,100 yards and passed for 1,315 (net) yards, Lanter is also the head of one of the more balanced attacks in the Commonwealth; a fact making the Rebels particularly hard to defend. Makes sense as this would likely account for the Rebels scoring 277 points through its first 7 games. The Rebels score just a tiny fraction south of 40 points a game (39.5714286 points a night). Takes some pressure off the defense.

So as we get ready for Friday Night, and as two teams poise to do battle with each being considered among the top 5 teams in Kentucky’s 3A classification, Lexington Catholic can only hope it is braced and ready to repel the hoard of Rebels which will shortly be storming its stadium and trudging around like they own the place. Lexington Catholic would be well advised to throw caution to the wind and leave nothing in its bag of tricks if it wants to emerge victorious tomorrow night. After all, Big Reb Nation is coming and Hell’s coming with it! Oy yeah, they are bringing a leader which has guided them to 21 wins in its last 22 ball games under his stewardship which, I suppose, makes Boyle County beatable, but just barely.