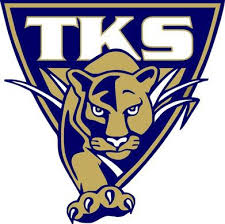 Well, the 6-3 HMS Tigers Varsity Football team, which has undergone quite a transformation over the course of the year, will travel to familiar territory to take on a familiar playoff nemesis. This time, un-like the two previous times, the Tigers from Hopkinsville will be hoping to survive the encounter. Let’s take a little trip down memory lane.

In 2015, HMS advanced to the Region 1, Division 2, Finals to face a TK Stone team which beat the Tigers and advanced on to Lexington to lose in the State Semi-Finals a week later. In 2016, TK Stone was placed in Region 2 with HMS being in Region 1. Both TK Stone and HMS won their respective regions and advanced to Lexington, Kentucky to face each other in the State semi-finals. Each team entered the match-up undefeated and TK Stone would escape with a 38-36 victory. That game, which was live-streamed on PrepSpin.com, was described by the announcers as a back and forth, Heavyweight, Title Fight. The game literally went down to the very last few plays with the outcome still undetermined. Stone would advance, the next night, to win the State Middle School, D-2, Football Championship over a Lexington Catholic squad it beat by two touchdowns. Last year, in 2017, though HMS didn’t participate in the playoffs, TK Stone advanced to its third straight Championship week-end and State Semi-final. Needless to say, the history between the two teams is there and that history hasn’t been kind to Hoptown, at least not yet.

In talking with a member of the TK Stone coaching staff, KPGFootball has learned this edition of the Panthers is 7-1 on the year, suffering its first loss just last night to East Hardin in the conference championship game, 22-18. That game was described to KPGFootball as a back and forth battle to the bitter end. TK Stone runs out of the Wing-T offense, the same as the high school program it stocks with its talent, Elizabethtown High School. Defensively, TK Stone lines up in a 4-4 as its base alignment. The Panthers’ rushing attack has been led, on the year, by Ryder Gregory and Tyler Durbin. The wings in the offensive set have been described as a mixed bag owing to various injuries at the position. The offensive line is laden with talent led by offensive center, Gavan Young and a 2 year starter at OG, Jackson Ford. Durbin, Gregory, Young, and Ford have all been in the Panther program for two years and have been leaders both on and off the field.

The Panther Defense is led by its inside linebackers. Anthony Jones is aligned at one of the inside linebacker posts and the other inside guy is Jackson Ford. Ford has been described as a natural 6 technique-DE whom has been moved inside to LB after the team suffered injuries to other players slotted to play there. When Ford was forced to vacate his end position, the Panthers turned to a 7th grader in Ca’Marius Caldwell. Most coaches of Middle School Varsity teams will tell you a team can get in a peck of trouble starting 7th graders; but that hasn’t been the case with Caldwell as he has stepped up this year and just done a tremendous job according to sources we interviewed for this article. Ryder Gregory holds down the back end from his Safety spot.

So, there you have it. TK Stone has been to three straight semi-finals with a State Championship wedged in the middle and they would like to make it four-straight trips to the Championship weekend. HMS is standing in the way. Can the Tigers finally topple the Panthers and advance to the Region I Championship game? We shall have to see. One thing is sure, the Tigers will head to E-Town hoping it can demonstrate that the old adage about history repeating itself doesn’t necessarily apply to middle school football.