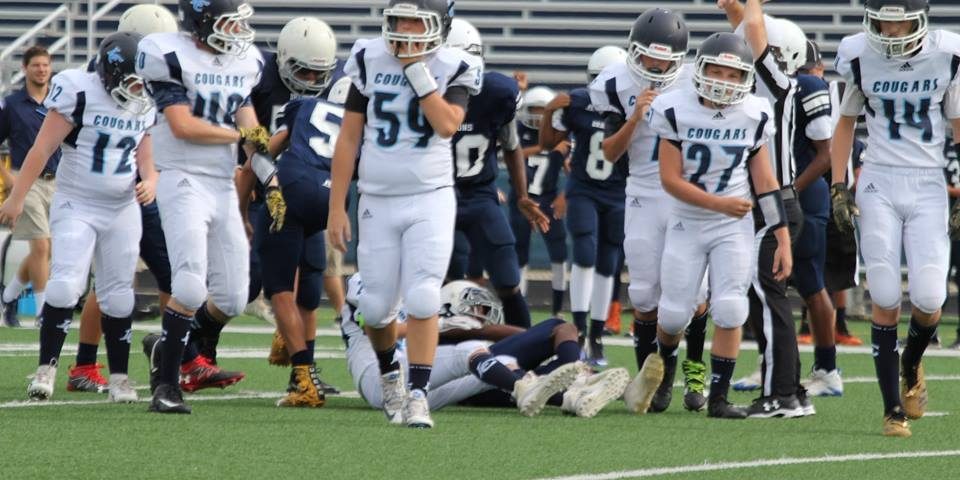 The Marshalls advanced to face Logan County by defeating South Warren 14-8 in a 6 vs. 3 seed matchup in round 2. The winner of the night-cap between Logan and Marshall County will face the winner of the 2nd game of the day, which will be 5-seed McCracken County Middle versus the 1-seed, Bowling Green Junior High, for the Region 1 Championship and a berth in the State Semi-finals in Lexington, Kentucky. As the playoffs enter the Regional semi-finals stage, the stakes keep getting higher, the competition stiffer, and the pressure more visibly evident. We are going to do the best we can to break down the Cougar Varsity’s upcoming match-up with the Marshalls.

Logan County, which now sports an 8-1 record on the year is looking to go 9-1 with a semi-final win. The Cougars will face a Marshall team which eliminatedSouth Warren, which was the team responsible for the lone mark on the loss side of the Logan County won-loss ledger. Teams change so radically from week to week through out the year. It would be a huge error for the Marshalls to derive very much comfort from Logan’s having lost to South Warren, early in the year, 26-8. For its part, Logan County runs the football very effectively behind two tackles who may be Kentucky’s finest book-ends. The Cougars align massive, Isaac Poe, at the left tackle and the right tackle is a Team Kentucky standout named Keyton Jenkins. Poe and Jenkins team up with linebackers, Collin Farm Strong Covington and Eric Stratton, to compose a very stout front against an opposition’s run game when the four are on defense.

The Marshalls are very good in the power run game working from both the Wishbone formation and out of the Wing-T. The Marshalls are both big and physical along both fronts and mix in some play-action when the Marshalls want to throw the football, something it doesn’t do too often but is capable of doing when the need arises. The key to beating Marshall County will be attacking the power run game and getting in the backfield and thrusting negative plays onto the Marshalls’ offense. The Cougars defense need to force the Marshalls’ offense into late down, long distance situations. A defense playing against the kind of offense employed by the Marshalls can’t afford to play read, along the line of scrimmage, and allow the physical offensive line to move the defensive front a couple yards back into the 2nd level. Second down and seven is a down and distance the offense for the Marshalls will be adept at handling while 2nd and 12 is something which poses problems. The Cougars have to attempt to make the Marshalls throw the ball and take them out of what they are comfortable doing.

Now the Marshalls, on defense, are set up to use its large and powerful defensive front to stop the run-game. Logan’s ability to protect the QB, allowing him to find either Zane Batten and/or Clay Warden down the field, will be key to discouraging the Marshalls from crowding the box in an attempt to out number the O-Line at the point of attack. As good as the Logan offensive line has proven to be this season, the ability to unclog the box of defenders and work against comparable, and not superior, numbers will permit the Cougar running backs, Corbin Rayno and Clifton Faughn, to pound the ground and keep the Marshalls off the field.

The key for the Cougars to win this game and advance against the winner of McCracken/Bowling Green Junior High is to get going early. Should the Cougars put the Marshalls in the unenviable position of having to play catch-up, the Marshalls offense is ill-equipped to score quickly. This is a game which could well see Coach Bristow, should he win the toss, go on and take the football. As long as the score is tied or should the Marshall’s be ahead, the Marshalls will be content to grind it out on the ground and use its defense and kicking game to melt away the time and win it similarly to how the Marshalls were able to beat South Warren in the 2nd round. Look for the Cougars to attempt to get an early lead, or better yet, get the Marshalls down a couple of scores early in an effort to make them feel they have to throw the football.

In any event, the stakes are mighty high this time of year and the football Saturday at Logan County High School will be both frantic and furiously hard fought. Come out and support the future of these programs as they attempt to both win and advance toward Championship opportunities.

Oh yeah, if you are looking for KPGFootball’s predictions…KPGFootball will take Logan’s Varsity to upend Marshall 22-6 and advance to the Regional Finals to play a McCracken County, 8th grade team, we believe beats BG’s Junior High Varsity, 32-12. In the seventh grade matchups, KPGFootball will take South Hopkins over Bowling Green and McCracken over Logan.