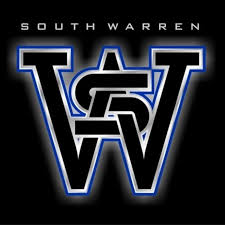 We posed the title as an inquiry because the opinion of the reader is important to KPGFootball. We know what we think; however, we are the ones writing the articles. If we didn’t agree with the article’s central premise, I suppose we wouldn’t write it. The prowess of the Spartan Defenses’ second level studs begs the question what does one want from a linebacker at any level? KPGFootball thinks linebackers have to be competitive, intelligent, physically tough, leaders, take to coaching, quick, agile, strong and mean (at least, on the field).

Both Cross and Teague, who we understand both possess many of the above described attributes, performed like it on the field in 2017 for one of the better defensive units in Kentucky, high school football. In 2017, in amassing an 11-3 final record and semi-final berth in it’s first year in the 5A classification, the Spartan defense allowed a paltry 16.64 points a contest. The defense achieved this while still playing the likes of 4A State Champion, Franklin-Simpson, whom they held to 7 points; Class 6A, Semi-finalist, Central Hardin, whom they held to 17 points; 11-1, Class 5A, Christian County, whom they held to 6 points; and playing the likes of Bowling Green High School twice, whom they beat in the Regional Championship game, before losing to 5A State Champion, Covington Catholic. That folks, is quite a schedule. Let’s take a look at the Spartan linebackers and see what the statistics and numbers relate.

Pete Cross is 5-11 and weighs, a reported, 205 pounds at the MLB slot. Cross led the Spartans in 2017 with 118 total tackles, 49 solo stops, and 69 assists. Cross also scooped up a fumble and rambled some 45 yards with it a year ago before, ultimately being tackled. Cross has a reported bench press of 305 pounds and squats 455 pounds. We couldn’t find any registered speed numbers on Cross but he is firmly on the radar, and being recruited to play Division I, college football by teams like UTMartin and Austin Peay State University, among others. Cross is well-spoken and a very accomplished student who is a NCAA Clearinghouse, no-doubter. For whatever it is worth, KPGFootball thought both Pete Cross and Hunter VanHooser (Caldwell County High School, 138 tackles in 13 games) were the two best linebackers, sideline to sideline, we saw play a year ago. We believe Cross is an All-State caliber player, and, as we are voters on the Associated Press‘ All-State Football Teams, we will certainly be keeping an eye on Cross in 2018.

Tre Teague is just a football player’s, football player. He is undersized for where he is deployed at 5-8, 175 pounds and probably a step or two slower than what is expected to play linebacker on Saturdays (4.9 second, 40 yard dash time), but his spacial quickness and change of direction (4.42 second pro-agility shuttle time) are both where they should be as is his power (235 pound bench press), explosion (31.5 inch vertical, 375 pound squat, and 9-1 standing broad jump). There can be no question, at all, about his on-field production either. Teague, in 2017, resisted 97 tackles, 44 solos, and 53 assists while also recovering 3 fumbles and gaining, for the Gavin Spurrier lead offense, 3 additional offensive opportunities to put points on the board.

Are they the best linebacker combination in Kentucky High School Football? Well, getting 225 combined tackles and 4 fumble recoveries from two of your linebackers on the second level of the defense is mighty handy against the kind of teams dotting the Spartan‘s schedule. Whether they are the very top or not, they are certainly among them and, if they have the same kind of production as last year, with Jacob Lacey back in front of them for his final tour before heading to South Bend, the Spartans should be quite formidable indeed. That is certainly nothing new for the men from Bowling Green, Kentucky’s version of Troy.