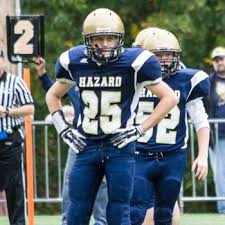 There are just too many quotes about linebackers to list in any one article. Bill Parcells once famously said I like linebackers. I collect ’em. You can’t have too many good ones. That is a belief which didn’t originate with Bill Parcells. I haven known lots of college coaches who like to put some weight on linebackers and make them 4-3 DE’s, or even, provided they run well (like all of the good ones do), take undersized LBs from high school and make them strong safeties. Linebackers are generally among the best athletes on a team so their potential uses are limitless.

Montgomery Bell Academy, in Nashville, Tennessee, had a Mike linebacker once whom Tennessee signed and made a FB (Will Bartholomew). They may go back to it under Jeremy Pruitt but Tennessee football hasn’t employed a fullback since Will Bartholomew left. They also haven’t run the football very well since he left either. Hmm…related perhaps? My favorite quote about linebackers was by Kirk Ferentz, head football coach at Iowa. Ferentz once said getting to the linebackers is difficult. Blocking them is another challenge. He may have been describing Hazard Independent High School’s AFI-KPG, Sophomore, All-State linebacker, Reece Fletcher.

Now players playing Class 1A football tend to get overlooked which is both unfortunate and wrong because that is penalizing a kid for where his parents chose to live and rear children. There have been plenty of fantastic football players to play in small classifications. For example, Herschel Walker and Albert Haynesworth, both former NFL superstars, played HS football in their state’s smallest classifications. In the end, the big fish from a small pond may be so big as to be still appear quite large, regardless of the size of the lake or ocean into which he is next tossed. Some players transcend their classification in which they play high school football as surely as certain teams do.

Last year, Reece Fletcher had two interceptions, recovered a fumble, and registered 110 tackles in 11 games for the Bulldogs. On offense, Reece carried the football 83 times for 563 yards with 4 rushing TDs. That is a per carry average of 6.78 yards and some change. Fletcher played on both the Team Kentucky Future Stars and Team Kentucky FBU. Another aspect you have to love, if you are Coach Mark Dixon, is that Reece turned 17 August 8th of his sophomore season, so he will be 19 his entire senior season, and eligible. Reece will turn 19 his senior year after the August 1st deadline imposed by the KHSAA. That extra year of physical and mental maturity serves a player entering a college program very well. The perceived lack of either physical or mental maturity is the major reason younger players are so often red-shirted once they get to college programs.

Fletcher is not only older than his classmates but is also a multi-sport athlete. This characteristic is increasingly prized when recruiting football players. Reece Fletcher, in addition to being an All-State football player, plays on the basketball team. Urban Meyer is believed to prefer recruiting high school multi-sport athletes. According to Scott Wright, in an article linked herein, and published online by The Oklahoman, 42 of the 47 high school athletes Coach Meyer has recruited to Ohio State played multiple sports. That, certainly, lends to the appearance Coach Meyer prefers multi-sport athletes on The Ohio State football roster.

Fletcher’s age is not an anomaly to Eastern Kentucky (or really for HS football anywhere in Kentucky) as teams, all over the Commonwealth, benefit from hold-back players. Now that the KHSAA requires hold-backs to reclassify, prior to middle school, parents need to be aware of this rule or it could impact a player’s eligibility. Reece Fletcher is definitely and without question one of the top LBs in Kentucky in his Class.