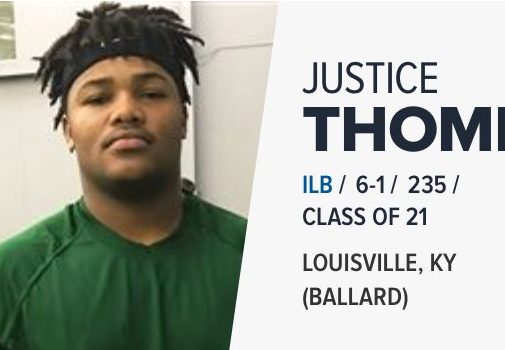 Well, we have been discussing the offseason, from Powerlifting Championships to the daily grind. The offseason is important because it is what a football player is doing, right now, which will determine his success next Fall. One thing about which freshmen were warned when going off to college, unless an athlete, was to be wary of putting on the freshman 15. That was figured to be the beer weight one was presumed to gain from the excess drinking which used to be expected of a college freshman. After all, he or she were away from home, with additional autonomy, and sometimes for the first time. We have some freshman this offseason gaining 15 pounds, either in added body weight or in increased lifts. These weight gains aren’t beer weight and high school coaches across Kentucky are applauding the gains.

Football is a physical game played between bullies and the bullied. On pretty much every play there is someone imposing his will on someone else. Often times the one being imposed on is powerless to do anything about it. During his induction speech into the NFL Hall of Fame, Russ Grimm, one of the greatest OL to ever stride onto a football field, said words to the effect of the greatest feeling in the world was, in his opinion, to move a grown man from point A to point B against his will. The weight room is where players attain the ability to impose their wills on the players across from them. The offseason strength & conditioning program is where you acquire the physical prowess to move someone from A to B, with them kicking and screaming all the way to B.

Today we are going to focus on two different players who are both outstanding football players and among the elite the Commonwealth of Kentucky has to boast. The first is freshman linebacker Justice Thompson from Louisville Ballard. Louisville Ballard is a Class 6A high school football program on the rise and Thompson is a huge reason why. Justice made our AFI-KPG Freshman All-State football team this past season and has since been selected a Max Preps Freshman All-American. Before you start worrying that your son doesn’t match up to either player we will feature here, don’t worry, neither of these freshman are the least bit standard fare for footballers in the Class of 2021. They aren’t All-Staters for nothing.

Justice is listed at 6-1 and weighs 235 pounds and has gained, at least, 15-20 pounds of iron this offseason. Here you are going to see him squat 475 pounds. My favorite part of the video is someone saying, oh shit! Hey, its a weight room, not choir practice. Someone exclaims when he racks it that it was cake. He got this pretty easily to be honest. Here’s the lift:

The second squat I am going to show you is by AFI-KPG Freshman All-Stater, Brandt Babin, who, like Justice, was stopped at a weight which was probably not the most he could do, but an impressive weight nonetheless. Babin is a running back at the Christian Academy of Louisville and CAL’s leading, returning rusher. Brandt and his brother Braeden, collectively known as the Babin twins, are two of the very best players in Kentucky in the Class of 2021. If you will look at my Class 2A, preseason, Top 5 poll you will notice CAL is highly regarded, by this publication, and, after all, who knows more about Kentucky prep football than we? Here, Brandt is squatting 405 pounds, which is known in lifting circles as 4 plates, and the lift makes him the third highest squatter on CAL’s present roster, behind two offensive linemen. Here’s a link to Brandt’s lift: IMG_1661.

So, there it is. Now that should answer any questions for anyone wondering how all these freshman are seeing the field at powerhouse programs as quickly as they are. Ask yourself this question, and be honest. How many running backs on your team’s roster, in any class, are squatting 405 plus pounds? How many linebackers are squatting 475 plus? Remember, it’s just March. There’s along time to go until August. Where will they be then? Where will your son be? If he isn’t working, and CAL or Ballard are on the schedule, my fear is he will be on the wrong end of the bully-bullied equation. The great thing about football is, it really is his decision.