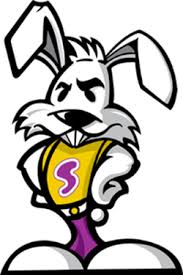 Okay, can we all admit the mascot is pretty funny looking? I must confess a rabbit as a mascot for a high school football team is a new one on me. I don’t know the story behind that, but I am sure there is one and upon hearing it, I will probably be printing a retraction and leading a movement to change my alma mater‘s mascot from a Tiger to something in the bunny line. Coming into the season, I can promise you there is nothing funny looking about the Briar Jumpers‘ defense. At least, I wouldn’t be laughing were they on my schedule.

Sure, the Jumpers lost Collin Hartman who led the defense, last season, in solo tackles with 70 and was second on the team in total tackles with 119. They will also miss the 55 total stops Adam Hembree kicked in and the 89 total tackles contributed by Ty Tevis. Crying over what is gone is likened to spilled milk. In the end, all the crying in the world doesn’t diminish the milk’s being gone. It is better to focus on what is returning and that is quite a lot.

Leading tackler Peyton Hatcher is back with his team-leading 122 tackles, as is Jase Bruner who will only be a junior, next year. Bruner had 80 stops on his résumé during his sophomore campaign. Big time, front man, Landon Fields, No. 75, returns along with his 36 solo tackles he contributed, down where the play is always dirty, along the defensive line of scrimmage. In addition to Hatcher, Bruner, and Fields; Stanton Chance, Cale Todd, and Payton Ellison, all of whom were big defensive contributors last season, and Todd having just completed his sophomore season, just like Bruner, all return. The Briar Jumpers also had Ricky Gilmore, Tyler Harvey, Kaiya Sheron, Pancho Zaragoza, and Mikey Garland, all log time defensively on the varsity defense, though only freshmen. Their contributions should exponentially increase this next season with the seasoning they were able to get in limited varsity run last year.

The district 7 Jumpers lost to Class 1A State Champion Beechwood 7-0 and dropped two close games to 2A State Champion, Danville 37-26, during the year, and 19-0 in round 2. Counted among the Jumpers‘ 7 wins, last season, was a 16-13 win over State Finalist, Raceland. Suffice it to say, they may have played one of the toughest schedules in their classification and, inspite of finishing 7-5, were among the elite football teams in 2A across the Commonwealth. The Jumpers’ defense, even with all the youth which got valuable experience last year, only surrendered, in spite of its daunting schedule, 119 yards rushing a game and a little over 15.66 points per outing.

Now, I had the Jumpers on the outskirts of finishing in the top 5 of the preseason poll which I published March 14, 2018. The schedule around the old briar patch is tough year in and year out and I am not entirely sold on the offense coming back next year. What nearly made me rank them, in spite of my reservations, is my being completely sold on the defense and what is returning on that side of the ball. One might do well to keep a close eye on this district 7, Class 2A, football team this upcoming season. A team playing them would do well to not let the bunnies jump on that scoreboard too often, or they might find themselves in a hole out of which they just can’t dig. This defense may well be the class of the Class.