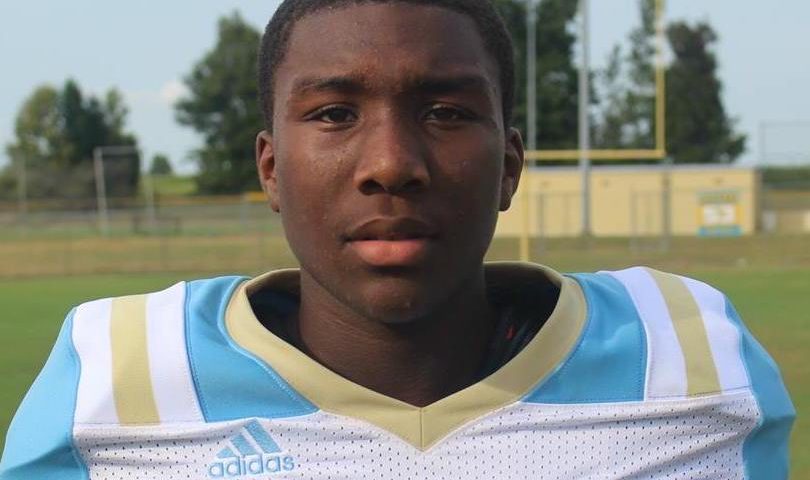 We have a lot of sources who inform us about extraordinary performances and players throughout the Commonwealth of Kentucky. One of those sources has become @Ky_HS_Football on Twitter. The site appears new, but knowledgeable, and it has shown KPGFootball that we should be listening when it speaks on high school football players who should be publicized.

One of those players is Fulton County’s Caleb Kimble. Kimble is a kid who may get over-looked by the ill-informed owing to his living in a remote area of Kentucky (Hickman) and playing in Kentucky’s 1A classification. Now, classification is meaningless in Kentucky as we have before (many times) proclaimed. KPGFootball only recognizes two-classes of Kentucky high school football teams; good teams and bad teams. Each of our classes spans all of Kentucky’s 6 classifications.

The Pilots of Fulton County have struggled some in recent history (0-9 in 2016; 3-8 in 2017; 5-6 in 2018) but, as demonstrated in their recent three-year work-slate, there appears to be a decided up-tick which should continue into the 2019 season. The Pilots appear to be surging and have the nucleus of its 2018 team returning for 2019. In addition to the talent on hand, the Pilots have a knowledgeable and capable head coach in James Bridges. KPGFootball believes they will be the class of the 1A classification at least on the western-end of Kentucky in 2019. Sorry, Russellville!

There is a reason for our optimism regarding the Pilots’ football program. They have very good talent in the 2020 and 2021 graduating classes primed and ready to lead it in 2019. One of those is Broc Bridges, a 6-3, lengthy DE/TE-type who we will save for a future feature all his own and the other is the return of western-Kentucky’s top running-back (for our money) in Caleb Kimble.

Caleb is listed anywhere from 5-10 to 5-11 and weighs around 200 pounds of chiseled, well-distributed, and well-sculpted heft. He’s a load to bring down, in other words, and not many have been accomplishing it too well. He’s the kind of every-down work-horse a team gets tired of having to tackle as the game wears into the 3rd and 4th quarters.

In only ten games of action in 2018, Kimble gained 1,638 yards from scrimmage and scored 23 rushing TDs in 197 rushing attempts (8.31 yards per carry). Kimble housed two kicks and a punt together with his catching 5 passes out of the backfield for an additional 50 yards. Defensively, Kimble contributed 37 tackles, with 4 TFLs, a forced fumble, and a fumble recovery.

Kimble has been timed at 4.6 seconds flat in the 40-yard dash and is a star performer in a strength & conditioning program considered one of Coach Bridges’ long-suits when it comes to heading a football program. A multi-sport sensation in high school, Kimble has scored 1,000 points as a varsity basketball star and is a threat to win a state championship in Track & Field in the long-jump. Caleb also anchors Fulton County’s 4 X 100 and 4 X 200 relays. UTMartin has already pulled the trigger, offering Kimble, and Caleb has been invited to an upcoming Nike’s, The Opening, Regional in St. Louis, Missouri.

One of the key pilots, if you will, of any team’s fortunes usually comes from its back-field. Most people would expect it to be a quarter-back; but, when you run the football effectively, it certainly can be a running-back. For a team which pounds the ground as much as Fulton County (2,621 rushing yards gained in 2018 as opposed to 596 yards of aerial production), that would appear especially true.

Of course, it isn’t lost KPGFootball that a team named “Pilots,” leaning on its ground-attack, is somewhat of a contradiction in terms. However, all ironies aside, if we could commission any Pilot to captain KPGFootball’s football-vessel, we would be thrilled to find someone with just half the versatility and athleticism of Caleb Kimble. Were we to find this person, it wouldn’t matter to KPGFootball whether he piloted our team through the air or on the ground. Regardless of the mode of transportation, we would confidently forecast our team’s launching into eventual, rocket-like take-off.

With Caleb Kimble back for his senior year, one just has to overlook Fulton County, Kentucky’s being unusually stoked about the team’s immediate prospects on the gridiron this up-coming season. With players like Kimble around to Pilot, this particular team appears inordinately prepared for launch. Fulton County, at least to us, seems destined to explode to the top of its classification, particularly with the crew it has on-hand. But, then again, what do we know…?