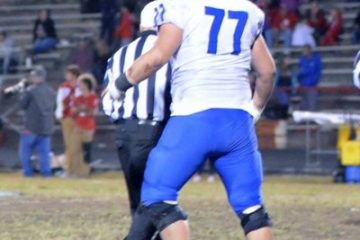 The “Stonewall Brigade” was an immovable object against an enemy onslaught. It resulted in brigadier general Barnard Bee making a remark regarding another brigadier general named Thomas Jackson which would forever define Jackson’s military legacy. What does that have to do with Shelby Valley’s Peyton Blackburn? Why don’t you read this article and find out?