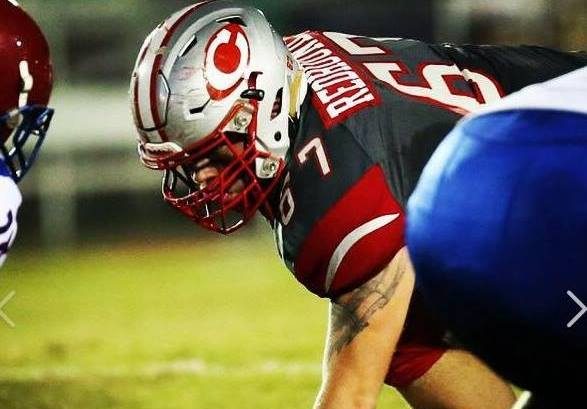 Matthew Masternak is Masternasty. Okay, that is not the most clever pun ever but you get the point. I will tell you who else got the point…Corbin‘s 15 opponents last year. Mr. Masternak, or should we say Mr. Masternasty, anchored a defense which allowed 85 or so rushing yards per game over 15 games, 127 passing yards per contest over 15 games, and grudgingly conceded the other team’s scoring 14.4 points a night. Let’s not pretend they didn’t play anyone either, which is a mute point if you get to play on Kroger Field for the State Championship, as sooner or later, you will play someone. The Corbin Redhounds didn’t wait until playoff time to tee it up against some serious competition. Last year, Corbin hosted the State 3A Tennessee State Champion, Alcoa High School, whom they beat by the way, lost to Class 1A State Champion, Beechwood, beat Class 2A State Finalist, Mayfield, beat Class 4A playoff contender and 8-4, Knox Central, beat Louisville Central in the semis of the Class 3A playoffs, before ultimately falling to 3A State Champion, Boyle County High School. I wanted to give you, the reader, some context as we go into the statistics of how Masternasty (can’t help myself) acquitted himself last season.

Masternak, a 6-0, 255 pound DT (primarily, and after watching the film he looks, to this author, to be playing an under three technique at what I would call strong tackle), was credited with 71 tackles and a fumble recovery playing along the down four of the Corbin defense. Masternasty showed ability to scrape down the line of scrimmage and make plays employing a variety of moves to free himself to the ball carrier which included every thing from rips, to swims, to shedding blockers, to (in at least one highlight) his employing an inside spin move right into the ball carrier. What one wants to avoid with interior defensive linemen is their getting blown into the defense’s second level or just getting washed out of the hole. I didn’t see any of that happening to Mathew Masternak. He was like trying to stem the ocean’s tide, he just wasn’t going to be swept away. He was like a rock along the front with apologies to the marketing department at Chevrolet.

In spite of the losses which Corbin suffered from graduation, much of which we covered in Logan Smith‘s article published just yesterday, the Redhounds will find themselves back in the title hunt this year, their last in the 3A classification before moving up to 4A in 2019. The reason they will continue to be successful? Well, it’s simple, Coach Justin Haddix has this team built from the line of scrimmage out, like all championship caliber teams are built.