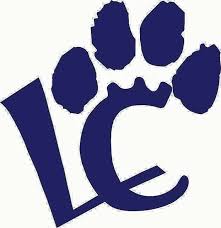 On April the 2nd, 2017 we published an article on Kentucky Prep Gridiron entitled, Zach Yates…Some kids are just Football Players. In that article we wrote…Zach Yates is a big LB at 180 pounds (He now is listed at an even 200), but there are bigger; He’s fast, but there’s probably faster.  Zach Yates is strong, but there are probably stronger.  What there may not be is a football player in the 2021 class who is any more of a baller.  Not to toot our own horn, but we also predicted way back in April that…Zach…will likely start for Logan County High School from day one.  They just don’t get ballers like this everyday in Logan County.  Better days ahead for LCHS as they have a lot of well-coached talent on the way. I am not sure, when I predicted [b]etter days ahead for LCHS, I meant immediately; as the team is 11-0 as opposed to the 1-9 worksheet it turned in 2016, but hey, even a blind hog finds an acorn from time to time. How has young Mr. Yates done as a freshman this year? How does 67 total tackles, 40 of which were solos, sound to you? Like I tried to tell you way back in April, Yates is just a football player, end of dictation.

What makes Zach so good? Well, Zach always takes the proper angle to the ball carrier and explodes into the backfield with reckless abandon like his rear’s on fire.  He sinks, coils and explodes low to high through the ball carrier very well and scrapes down the line of scrimmage to put himself in position to make plays.  He is a sure tackler and rarely runs by plays as he has a very high football IQ. Whether by Coach Adler, Adler’s defensive staff, the staff in Middle School, or even the boy’s father, this is a kid who has been excellently coached and has responded very well to that coaching. Zach Yates, who wears number 15 and played, in addition to LB, QB for his Middle School Cougar Squad, has lengthened since the All-State, East-West Game, to 5’10” and now weighs an even 200 pounds. He has a vertical leap of 28 inches and a Powerball toss of 35 feet. Zack bench presses 225 pounds and reps the high school rep weight (185) 10 times, while back squatting an even 400 pounds. Analyzing these numbers, Yates, who doesn’t have a registered 40 time on record, would probably run in the 4.9s or low 5s and shuttle in the mid 4s, but I am guessing. Regardless, these numbers tell me Zach has been putting in the work to make himself physically capable of playing Class 4A, Varsity football in Kentucky and his tackle totals indicate he has been playing it like a senior, as opposed to his being a freshman.

As we did so well in previous predictions, we shall make another couple. First, when the end of the year Kentucky Prep Gridiron Freshman All-State Team gets published, don’t be surprised to find Zach Yates on it and, secondly, Zach Yates will play football on Saturday. Exactly where will be determined by measurables outside his control, but when he gets there, he will star for that program just like he is doing in High School.