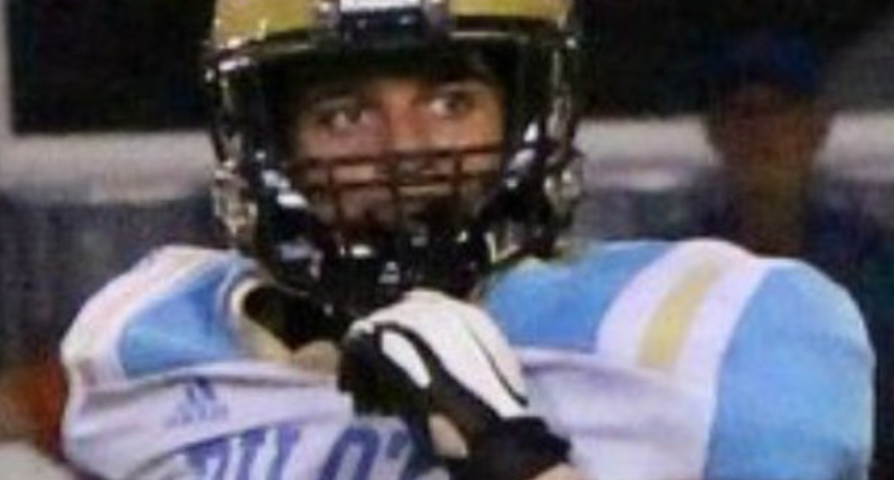 There isn’t a program anywhere in western Kentucky happier with its head man than Fulton County High School. Why shouldn’t they be?

Two things head football coaches are responsible for…improving the play of the program and its competitive level, and developing players. Check and check, as they say.

Fulton County has positioned itself among the elite 1A programs on the western end of Kentucky. Now, they only need to convince themselves they can beat traditional heavy-weight, but not as good as they are going to be again really soon, Russellville.

Russellville was 4-8 in 2019. Exactly half of their wins were against Fulton County who they beat twice, but just barely.

Once the Pilots find a way to fly around the Russellville impediment, it will need to close the gap between it and western-KY, Class 1A juggernaut, Crittenden County. Literally, that is all which stands between the Pilots and western supremacy (at least over the areas of western-KY OUTSIDE of Louisville).

The Pilots have developed some framed-out studs to help the program get there. Last year, you may remember, UTMartin dipped into Fulton County to offer Caleb Kimble, the stud-RB. Caleb is still likely to end up there but will stop-over in Juco-land to get a few things shored up first.

Within the past week, UTMartin head man dipped back into Fulton County to offer stud, 2021 TE/DE Broc Bridges. Here’s a projection for you, and when this happens remember who broke this, but Coach Simpson isn’t done trolling the fertile waters of Fulton County.

We believe Darion Dearinger is the best DE in Kentucky’s 2021 class. That being said, Dylan Hammond has amply shown himself to be in the discussion.

Hammond was first-team all-conference in 2019 (WKC) coming off a 2018 Honorable Mention All-Purchase appointment. Hammond, in only 11-games played, led the team with 78-tackles. He also had an incredible 20-TFLs and 9.5 QB-sacks especially considering the limited amount of opportunities provided him versus the kids on teams playing extra playoff games.

Hammond also forced 3-fumbles, to lead the team, and recovered 4 fumbles. Yes, this also led the team. So, as a recap, Hammond led the team in tackles, tackles for loss, fumbles forced, fumbles recovered, and QB-sacks. Coach Bridges, can the kid do anything else for you? We’re sure the Coach is elated with the kid’s output.

Now the kid is also one of those framed-out monsters colleges crave. He plays DE/OT (kids like this don’t play one-side of the football in 1A) but the 6-4, 230-pounder with the long frame and plenty of bend, burst, and explosion projects to play DE at the next level. On top of being a football player, he is also on the Pilots’ Track & Field team.

The finest compliment we can give Hammonds is we were talking over the phone last night to Darion Dearinger’s father, Justin Dearinger. Dearinger is our top-rated DE in Kentucky and Justin works with us year-round on our three all-state teams as a selector. We prize his opinion about football related matters.

Well, we were talking with him on the phone and discussing the Bridges kid and his getting offered by UTMartin. Dearinger says, “I tell you what, I am willing to bet Coach Simpson will dip back into Fulton County and offer Dylan Hammond next.”

I was surprised he knew who either player even was, much less whether they were Division-I, college football material. This isn’t a knock on either player either, it is a comment on geography.

If one were to jump on the Western Kentucky Parkway, where Justin lives, and drive 278.3 miles, or 4 hours and 7 or so minutes, he would get to where Dylan Hammond and the Fulton County Pilots play their games. Anderson County is 4A, Fulton County is 1A.

The point…their paths can’t possibly cross often. Justin even knowing who Dylan Hammond is testifies to how well informed he is and how good the Hammond kid must be. Same would be true about his knowing all about Broc Bridges.

The point is the word is getting out about Fulton County’s football program and players like Kimble, Bridges, and Dylan Hammond. That word is not only out but is traveling both far and wide.

All of that tells us Hammond may not be the best DE in Kentucky’s 2021 class, but even the father of the kid we believe occupies that poll-position knows and appreciates his game-play. That makes Mr. Hammond definitely in the discussion.