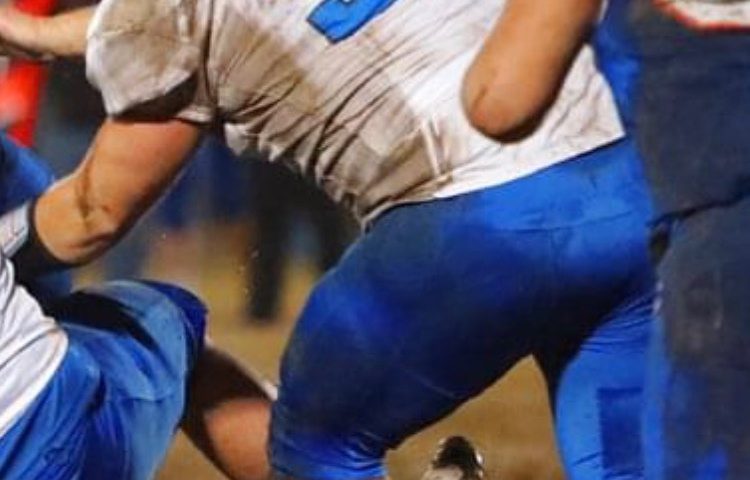 Well, it is time to look back on the weekend and see who we did with our picks. Coming into this weekend we were 45-10 on the year.

Game one: Breathitt (2A) at Pike County Central(3A)

Breathitt County has played as infrequently as any team in the commonwealth. Matter of fact, we can’t think of a single team in all of the commonwealth who has played fewer games than the Bobcats. When we last saw them play they looked terribly disjointed offensively and the defense didn’t look much better. They were able to beat Greenup that night, in spite of 175-penalty yards. They can ill afford to replicate a performance like that in the Hawks’ nest. We like Breathitt here but wouldn’t be too surprised if they were upset.

What actually happened: Didn’t feel too good about this pick and have warned readers all year that Breathitt was too soft against the running game on defense to be very good, record be darned. Matter of fact, for those paying attention, we hinted at an upset here with the last sentence in our prediction. Pike County Central won by 20, we start out 0-1 on the week.

Game two: Covington Catholic (5A) at Simon Kenton (6A)

We can remember a time, not too long ago, this game would have been a “pick ’em.” Not anymore…

What actually happened: We nailed this right on the number buddy! Catholic won by the 35-points we predicted. Take that nay-sayers! 1-1

No team in Kentucky boasts a much better roster of talent than what Coach Mark Spader puts out on the field each Friday night. The Purples have already beaten St. Xavier and narrowly lost to South Warren as their only blemish on the season’s record. Well, Trinity is just one of those teams Bowling Green will NOT outclass.

What actually happened: We thought Trinity would win by 21, they won by 35. Trinity is really, really good and we are now 2-1.

Game four: Christian County (5A) at Hopkinsville (4A)

This is one of those “throw the season records out the window” type games. These are two teams who palatably hate each other’s guts. We don’t mean this is a good natured but highly contested type rivalry. We mean fans throwing hands after the game in the parking lot type rivalry. We will be honest, if the Hoptown that beat Henderson County shows up, the Tigers could rout the Colonels. If the Tigers who lost to Calloway County (5-turnovers) gets off the bus, it is a pick ’em. We think the Tigers will play this game!

What actually happened: We were close to being close to the number here until LeRay Coleman took a flop and got CCHS an extra play before the half which ended up a Colonel TD. Oh well, Hoptown won by 9 and we moved to 3-1.

Game five: Crittenden County (1A) at Henderson County (6A)

We have preached all year that classification and enrollment size in Kentucky as far as high school football is meaningless. Crittenden County has some real ball players and they can play with anybody. Still, tackling a 6A team like Henderson County, who is ranked more week’s in that class’s top-ten more so than not, is a tall order for any 1A team. Put it this way, Henderson County would blow Campbell County off the field and the Camels beat Pikeville earlier in the year.

What actually happened: Crittenden County who we told you “has some real ball players and they can play with anybody, proved us prophetic. Henderson County won by a single point and we moved to 4-1.

Game six: Beechwood (2A) at Newport Central Catholic (1A)

This team pits the best team (our opinion) in 2A (maybe in a tie with LCA) against a top-ranked team in the 1A classification. The boys from Fort Mitchell would be our pick to win the whole thing if we were made to choose a team right now, today. They will run the clock here, even on the road.

West Carter is legit. We just love the QB, Orry Perry, and his star running back, Leetavious Cline. We are really high on the DE they have who (we’re told) is headed to Centre College (Dylan Roe). All of that aside, if you don’t know what kind of football is played by the Russell “Red Devils” (5-1, only loss to Ashland Blazer, beat MoCo and Simon Kenton), you may not know enough about high school football in Kentucky to get much out of belonging to this site.

KPGFootball prediction: Russell by 10 (because they are at home)

What actually happened: West Carter is beginning to look legit. This was one of THE upsets of the night outside of Pike County Central over Breathitt. West Carter won on the road by 4 and took us down with them. However, their winning doesn’t accurately tell the whole tale. You see West Carter won in dramatic fashion as the Comets scored on a last second “Hail Mary” to get the win after recovering an onside’s kick with :20 left in the game. We are now 5-2.

Game eight: Middlesboro (2A) at Martin County (2A) (Inez)

The “Yellow Jackets” are hopping a buss to Inez, Kentucky to take on Martin County. Middlesboro is one of the best teams in 2A and were the top vote getters in the “others receiving votes” section of this week’s Associated Press weekly top-10 poll. Martin County is overmatched here.

What actually happened: We thought Middlesboro by 30 and the boys almost flubbed up the evening and joined a pantheon of unbelievable, regular season upsets this year. The Yellow Jackets escaped with a 2-point win and we will claim victory though perhaps undeservedly. We are now 6-2.

Game nine: Pikeville (1A) at Lexington Christian (2A)

Pikeville has the talent to play with anyone at any level of competition. They showed that by besting the defending 3A state champions (Belfry) earlier in the year and beating Henry Clay (6A) in Lexington on September 25th. However, we saw a chink in the armor when they dropped a game to Campbell County (14-8). Sure Mike Woolf’s Camels are in the 6A classification, but it isn’t as if they are a good 6A team (2-4). LCA (2A) on the other hand is really good and have played out of classification a ton too. The Eagles have beaten Lexington Catholic (4A) and Paul Lawrence Dunbar (6A). However, they went to the well once too often with the Frederick Douglass (5A) game in Lexington on October 9th and got perfectly drilled (40-6). The team rebounded nicely to win games at Somerset and in “Title Town” against Danville. Drew Nieves is back under center for LCA and the Eagles barely escaped Danville without Xavier Brown and him in the lineup. We think the Eagles have too many weapons for Pikeville, as good as Pikeville is. We think LCA rolls here.

What actually happened: Here is another one we almost got right on the number. We said 21, LCA said 22. We move to 7-2.

Game ten: Russellville (1A) at Fulton County (1A)

Russellville is historically the Kings of the 1A Classification on the western end of Kentucky. They haven’t been as good in recent years as they were once accustomed to being. Fulton County always seems to find a good number of “freaking studs” to dot the roster. Broc Bridges is certainly one of those. Russellville did beat Franklin-Simpson this year and Fulton County is 1-4 with its only win coming against hapless Ballard Memorial, who everyone has blown out this year.

What actually happened: Fulton County must have played exceedingly well. We thought the Panthers would win by 10; instead, they won by a single point. Close but no cigar Fulton County! We are now 8-2.

Game eleven: Glasgow (3A) at Franklin-Simpson (4A)

Here’s a rarity. This year is played annually and Franklin-Simpson has been accustomed to besting the Scotties yearly. Well, Franklin-Simpson is hurting this year with losses to Russellville (1A), Allen County-Scottsville by 21-points, and Russell County. They are coming off consecutive wins over Warren Central and Warren East. We still like the Scotties in this one.

What actually happened: For once it was the underdog who underperformed. We picked Glasgow to win by 7 and they won by 27. We are now 9-2.

Game twelve: North Bullitt (5A) at Elizabethtown (3A)

North Bullitt is a Class 5A football team which is 5-1, losing only to DuPont Manual, one of 6A’s top ranked teams. Elizabethtown is the top ranked team in the 3A classification and undefeated. E-Town has already beaten two 6A’s in Meade County and Central Hardin and absolutely smoked a good Bardstown team a week ago in arriving at its present 6-0 mark. We like Elizabethtown in this one, especially at home.

What actually happened: This is another one we came pretty close to calling on the number, well, sort of anyway. We thought E-Town would win by six and the Panthers won by 14, beating North Bullitt 55-41. Thank closes our books for the weekend 10-2 and more like the results we are accustomed to posting.

© The information contained on this site is the copyrighted intellectual property of KPGFootball. Any unauthorized dissemination of this material without the author’s express written