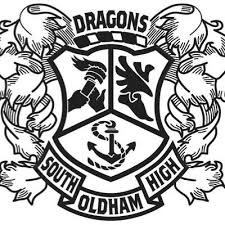 I know the Bowling Green High School Purples will be hosting the Spartans from South Warren for the Regional Championship in Bowling Green, Kentucky Friday night. That is not a match-up to overlook for either school. However, it will be tempting for either South Warren or Bowling Green to feel the urge to scoreboard watch the clash of Titans which will be occurring on Veterans Memorial Parkway in Crestwood, Kentucky. Friday night, the 11-1 South Oldham Dragons will be hosting the Covington Catholic Colonels, themselves 12-0 thus far, and boasting the best QB in the Commonwealth of Kentucky’s 2018 class in the opinion of many, AJ Mayer, who reports being firmly committed to FBS, Division I, Miami of Ohio. The following is a break down of this all-important clash:

South Oldham has scored 450 points this season and only allowed 108 behind 3,256 rushing yards with slightly over 1,200 of those yards coming from Sophomore, Keaton Martin. You remember him…he’s the RB who gained around 1,500 yards rushing for South Oldham last year as a freshman. Martin has followed up that campaign with this year’s rushing yards, which were harder by which to come, as every opponent game-planned to try to stop him. Martin has also scored a whopping 17 TDs this year to lead his 11-1 squad in both rushing yards and TDs. Martin has already been named All-District and formerly played for both Team Kentuckys (Future Stars and FBU) in 2015. In addition to Martin, South Oldham boasts two other super-sophomores in Ethan Bednarczyk at WR and JT Benson at Corner. Both Bednarczyk and Benson are former Kentucky Future Stars. Ethan Bednarczyk additionally played (with Martin) for Team Kentucky FBU. Bednarczyk leads South Oldham in receiving yards and yards per catch and is a potent punt returner while Benson is the only South Oldham player to start on both sides of the football (Corner and Slot Receiver) in addition to his duties as a kick returner. JT Benson leads the team in interceptions and kick return yardage. Now, if I am being totally honest I am a little concerned that South Oldham lost its season opener by 14 points to a Class 2A, District 4, team in Christian Academy of Louisville (which, itself lost two games) and barely survived in Round 2, 35-34, playing a fairly pedestrian Highlands team which lost to Catholic 52-0 during the regular season.

Covington Catholic, on the other hand, is 12-0 on the year and have scored 538 points while only allowing 89 in it’s twelve games. What South Oldham likes to do…run the ball (See above paragraph), Covington seems to defend fairly well. Covington Catholic has allowed 1,248 yards rushing in 12 games or slightly over 100 yards rushing per contest. That isn’t exactly the Steel Curtain but in 5A football, with teams so dead set on pounding the ground, it isn’t too shabby either. However, I can say that Catholic has not seen a ground game quite like South Oldham yet. Now if I am South Oldham, and I wanted to lose sleep at night, I might notice that at 12-0, Covington Catholic has blown out all 12 of its opponents, including at least one common opponent (Highlands) South Oldham barely survived (35-34). It might also be fairly scary, again, if I am South Oldham, that Catholic has run the ball for 2,739 yards with the best QB in Kentucky throwing for 2,256 yards and 28 passing TDs against only 3 picks. That is going to make it difficult to apportion extra defenders to stopping either the pass or run as the Covington Catholic offense is well balanced.

The Final Call: First of all, there are only 8, 5A teams still standing so to be one of them is quite an achievement. Both of these teams have had tremendous seasons and that will be true regardless of Friday night’s outcome. I would be lying, however, if I didn’t readily concede that I believe Covington Catholic is my favorite to win this whole thing in its Classification. I am sorry South Oldham, but I believe Catholic will move on to the Semis and get the Bowling Green Purples in a game which should be for the State Title. Kentucky Prep Gridiron predicts Covington Catholic to advance.