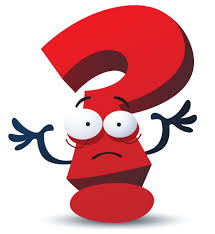 One of my favorite shows back in the day was Batman and Robin and one of it’s greatest villains was called The Riddler. My research indicates The Riddler first appeared in the comic book series in 1948. There was a particular line which The Riddler said on one of the shows that went along the lines of Riddle me this, riddle me that, who’s afraid of the big black bat! I suppose in retrospect, and knowing the way in which the plot resolves, it would have been wise for all villains, The Riddler included, to be very afraid of the big black bat. In the vein of The Riddler I thought it would be fun to play a little game today entitled, Riddle me this, who’s this Kentucky High School Quarterback?

I led my team to 416 total points in 11 games. I attempted 314 passes and completed 178 of them for a completion percentage of nearly 57 %. I threw 33 TD passes against only being intercepted 9 times and for nearly 3,000 yards through the air. Who am I? Is it AJ Mayer from Covington Catholic? No. Is it Kolbe Langhi from Christian County? No. Is it Davies County’s Joseph Cambron? Wrong. Who on earth can it possibly be? Believe it or not…it’s Erick Marinelli from Class 2A, District 1, Ballard Memorial.

Mark Brooks took over the Bombers this year with Ballard Memorial exiting the KHSAA playoffs in the first round, being dispatched by a Hancock County team 62-12 before Hancock County ran into Class 2A juggernaut, Mayfield.  Overall, Coach Brooks did a really solid job coaching the Bombers this past season, and particularly offensively, as Brooks’ Bombers scored 74 points in just one game at Crittenden County. As I said before, the Bombers scored 416 points in 11 games which is, on average, nearly 38 points per game. Of course the Defense could use some work as they have allowed 587 points this past season, which is over 53 points per game. Rome wasn’t built over night as they say.

Now, Marinelli is only 5’8″ tall and weighs a scant 165 pounds. However, the 2019 field general runs the 40 yard dash in 4.9 seconds, bench presses a couple of plates (225), squats 370, and power cleans a cool 210 pounds. In addition to the numbers he has managed through his hard work undertaken throughout the offseason, Marinelli has performed well on the field of battle too. Erick, a Class of 2019 signal caller, threw for 2,802 yards passing with 33 passing TDs with only 9 of those 314 attempts intercepted. Those are right impressive numbers for any quarterback, particularly one as diminutive as he. Then again, history is full of famous people who have achieved great deeds without their being particularly statuesque.

I have seen it reported Napoléon , one of the greatest military leaders of all time, was only 5’7″ though the English claimed he was 5’2″ tall. Then again, it’s not like the English liked Napoléon very well. That aside, Napoléon’s men referred to their commander, affectionately, as Le petit Caporal, or The Little Corporal hearkening back to his days as a very young and unknown corporal in charge of the lacklustre and demoralized French army at the Italian border. A heroic episode of crossing a bridge at the Battle of Lodi that year endeared him to the French and brought him recognition as a leader and the nickname stuck, but I digress. Marinelli has exhibited similar leadership traits, this season, leading the potent Bomber offense. I don’t know what, if any, affectionate reference the Ballard Memorial Football team has fashioned for their little Quarterback but at Kentucky Prep Gridiron we just know him as one Hell of a High School player.

This is Fletcher Long Reporting for Kentucky Prep Gridiron reminding you to PLAY THROUGH THE WHISTLE!