Football season opens around the area August 18, 2017, which is tomorrow night, and we at Kentucky Prep Gridiron couldn’t be happier or more excited. There are some huge games as three area teams on whom we choose to focus in this article are well-matched and high regarded squads all of whom have chosen very difficult openers. Let’s start in Clarksville, Tennessee… 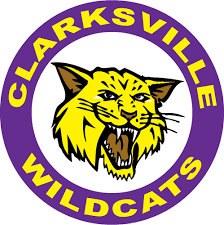 The Clarksville Wildcats will host the Rossview (Red) Hawks at Hilda J. Richardson field in a game for which there is no love lost and that is a HUGE UNDERSTATEMENT. There, literally will neither be a seat in the house nor anywhere to stand really, unless you get there super early. This will pit one coach in Isaac Shelby who, if his seat isn’t a bit warm, perhaps it should be, against a veteran and accomplished coach who is in his first year at Rossview, Todd Hood. Clarksville is super talented with behemoth linemen Blake Hundley, 6’4″ 300 pounds (2020), and Jason Eaton, 6’7″ 320 (2020), leading the way on the OL and also playing DL for the Clarksville Defensive attack. Clarksville runs the triple option and has a Division I, baseball commitment (UTK), pulling the trigger in Syler Luna slated to start at QB. Should Luna falter, 6’0″ 190 pound LB/QB Ford Cooper will seize the reins.  The big play ability will come from a pair of Division I prospects holding numerous offers in No. 21, Bobby Jackson 6’0″ 180 (2018), and No. 26, Malik Santiago, 5’10’ 170 (2018). Outside of possibly Shatar McClay at NorthWest High School and Fred Orr/Isiah Phillips at Rossview, Jackson and Santiago have legitimate claims to being the fastest and most explosive offensive weapons in the city.

As for Rossview, for those of you wondering how a Todd Hood offense will appear at 6A Rossview, let me save you some time. Film of Clarksville Academy from last season will be useless. Hood had a QB last year who was polished in the passing game (Bryce Robinson). Now, if you can get film of what Clarksville Academy did two years ago, Kentucky Prep Gridiron predicts that will look much similar to what Hood with do with the personnel he inherited.

Kentucky Prep Gridiron predicts Hood will run out of a spread formation, one back set. Hood has two returning half-backs and between the two they gained 1800 yards from scrimmage last year. Only one of those halfbacks (Fred Orr, No. 2, 5’10”, 180) is still at that position.  Orr is really fast and the ability to contain him when he presses the edge or explodes into the 2nd and/or 3rd levels will be the signature of the outcome. Now, the other halfback is Isaiah Phillips and he has been moved to QB. Rossview will run the classic zone read play in the run game and give it, if the read end is playing slow, or pull it, if the read end is playing fast.  For those who don’t know, the QB gives it if he sees the read end‘s number (playing “slow”) and pulls it if he sees his profile (playing “fast”).

Phillips is inclined, regardless of what the read end does, to pull it and press the defense’s edge. Phillips will throw it vertically and deep and can throw a ball 50-60 yards in the air. That doesn’t mean he knows exactly where it is going. Phillips will try a defense deep to loosen up things at the line and to keep the defense’s back 4 from coming up and getting involved in the run game. This part here is very important for the Wildcats to know or they might get killed; when Phillips pulls it and rolls he is a RUNNER primarily. He wants to get to your second level, one on one in space, because Rossview believes he will win that matchup. Phillips has looked good in scrimmages in the screen game, passing the ball short distances; but he hasn’t shown he can complete intermediate routes or work the middle of the field well. 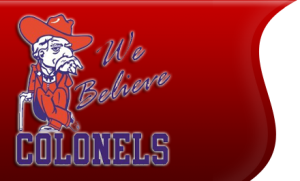 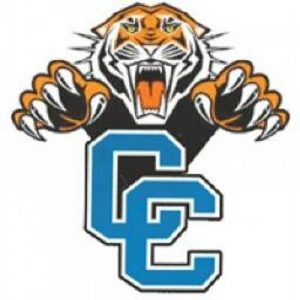 Christian County goes on the road to play a Caldwell County football team which looks quite differently than anyone would have expected coming into the year. The Colonels are absolutely loaded and will be favored in every contest it plays this year with the exception of when County plays Owensboro and that game figures to be a toss-up. Coach Lovelace at CCHS has been to two State Finals and neither of those teams were anymore talented than this present squad.

Teams often rise and fall with its QB and County believes it has the best in Kentucky in 6’6″ 215 pound, Kolbe Langhi. Langhi is one of the leading preseason candidates for Kentucky’s Mr. Football Award and within striking distance of 10,000 career passing yards over his HS career. Langhi isn’t hard up for targets as Purdue commit, Cory Trice Jr., 6’4″ 190, and Ja’Quon Long, 6’0″ 190, come over from Defense where they man the Free and Strong Safety positions, respectively, to split out wide for the Colonels in the down-field, arial attack. When the Colonels decide to get downhill and run the football, something Clarksville High School and NorthWest High in Clarksville will both attest them very capable at doing, the Colonels have a three-headed tandem of Dion Leavell, JaDonavin “TT” McNeil, and Tyrique Douglass all of whom have excellent vision, shake, and explosiveness to be home run threats. All three of these RBs would be the featured back almost anywhere else in Kentucky, that’s how loaded Christian County is. Paving the way for the RBs is a bowling ball of a FB named Jaylen McGee who is like having an OG at FB. Jaylen is 5’10” and weighs 270 and, following the massive front line, anchored by whom I believe to be the best Guard in his class in Kentucky, Jude Langhi (2019), 6’3″ 290 pounds, gives the Colonel a downhill attack which it can run against anyone on its schedule. Man, that sure gives a new view point on power run game, doesn’t it? Christian County is very balanced and has the ability to do a variety of things well, offensively, from running the ball to throwing it, making the Colonels hard to defend. They play a little defense around there too.

Caldwell County is perennially one of the strongest and most disciplined teams in its Classification in Kentucky. That is a real credit to David Barnes and his coaching staff which has tremendous stability and oversees quite a program utilizing a system the kids run very well. Caldwell was thrown quite a curve ball when it’s own All-State caliber QB, Shane Burns, elected to forego his senior year of Football so the Murray State University baseball commit could focus on his next level sport. On June 21, 2017 Kentucky Prep Gridiron wrote about this situation in an article entitled Jobe Jaggers, Caldwell County High School’s Next Man Up!

Jobe Jaggers is a lighting quick 5’10” 165 pound hiccup who has flourished in the system he will be asked to run for the HS tomorrow night against the Colonels. Jobe took his MS Tigers all the way to the State Semis and the last starter to do that, when he was in MS, was none other than Elijah Sindelar. Sindelar would lead his Caldwell County High School team to a State Championship Game just two years later, so, he didn’t turn out too poorly. Jaggers will have a pair of tremendous players to target in cousins, Jameer and Tree Riley. The Rileys are two of the best athletes in Western Kentucky and bone fide, future, Saturday players. Still, the 3A powerhouse, Caldwell County Tigers shouldn’t have enough depth and talent to overcome the Christian County Juggernaut from 5A. 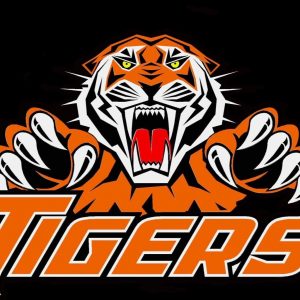 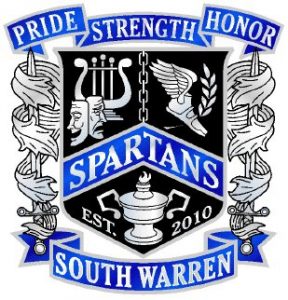 South Warren High School will play host to one of the best teams in Kentucky’s 4A Classification, if the preseason pundits are to be believed. According to Bluegrasspreps.com, Jacob Lacey is the last of the stars who led South Warren to its 2015 State Championship in 4A but the Spartans, who have experienced a 12% increase in Male enrollees, are now a 5A team. Last year’s QB now plays on Saturdays as does last year’s top WR and INT leader and last year’s starting RB, leaving the roster as depleted as it has been in several years. That shouldn’t be interpreted as meaning the younger kids can’t come through as South Warren never seems to be strapped for talent and these young guys may be stars about whom you have yet to hear. Bluegrasspreps.com believes senior Cody Eblen will be the QB and South Warren still has a 4 Star (according to Rivals.com) rated, Notre Dame commit, Jacob Lacy, playing an inside technique along its defensive front.

It is really hard to get a read on Hopkinsville High School. We know they are rated in three polls as Nos. 3,4, and 7 in Kentucky’s 4A, but we may not know exactly why. We do know this, the Tigers welcome back it all-time winningest coach in legend and sure fire, future, Hall of Famer, Craig The Silver Fox Clayton. Perhaps, that is the why?

Last year’s District Player of the Year, who won the award as a sophomore too, has gone to Louisville to play his first love, basketball, for the Aspire Prep Academy. Steven Shorty Cager, a.k.a. The Touchdown Maker, opted to forego the gridiron for the hardwood, though he is still enrolled at HHS. Hopkinsville will turn to a sophomore QB named Jay Bland, who is a former Kentucky Future Star. Bland, injured much of his freshman campaign, was running second team as a freshman on the Varsity, last year, until injury, so the talent is there, just not the experience. Bland has looked pin-point in the scrimmages, inter-squad and otherwise, and during 7 on 7 and Coach Clayton is really high on him.

HHS has a trio of RBs who are all very good and have taken turns this Summer of showing out in JaTorian Dillard (2019), Jordan Hopson (2019) and JaKevis Bryant (2019). We featured Dillard in an article entitled, Ladies and Gentlemen May we Introduce JaTorian Dillard, RB, 2019 way back on June 26, 2017. Since that article was published, Dillard was selected the favorite to be the District’s Player of the Year for this upcoming season. Hopkinsville’s offensive line starts two sophomores (Seth Henderson, Center, and Keane Mumford, LT), two Juniors (Jacob Wilkins, LG, and Blake Schutt, RT) and a freshman (William Long, II, RG), with none of the five starting last year.

There is some real talent on Defense as the DL is anchored by 6’2″ 300 pound, immovable object, Josh Mallory, a junior, with Tavion Sanders and Desandre Green bringing tremendous speed from the outside. The linebackers are quite good with JaKevis Bryant, Andrew King, and Mitchell Degenhart able to cover when called upon and certainly willing to get involved in the run game. HHS has a really talented corner who, going forward, will get a lot of attention in 6’1″ 175 pound corner, Cameron Bussell. Bussell has the athleticism, length, explosiveness, and speed to cause WRs considerable headache.

As for a predicted winner, this game is really a pick em’ as there are just so many unknowns for both teams. South Warren is at home, which in the college odds making business is worth three points, but I don’t believe the same holds true in HS football. I am going to make a prediction, though I would be, probably, well served not to, but, what the Hell…

We will try to continue to do this as the year progresses and so long as the demand is present. I hope you have fun with this site and these articles, I certainly enjoy doing this. This is Fletcher Long reporting for Kentucky Prep Gridiron reminding you to PLAY THROUGH THE WHISTLE!