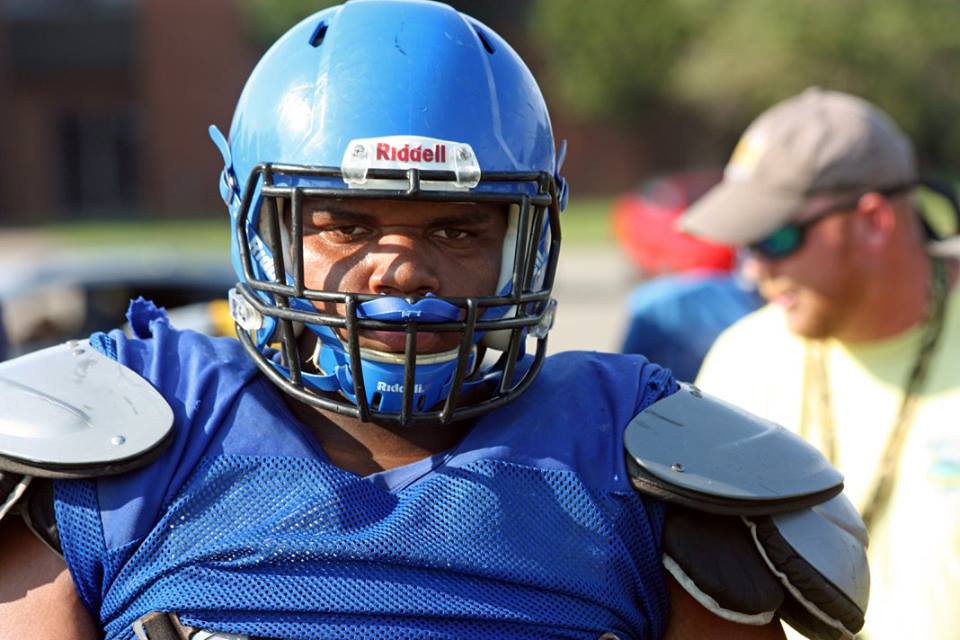 Fulton City has a new HC in Dain Gregory which is something we reported way back on July 6, 2017 in an article on Kentucky Prep Gridiron entitled Dain Gregory’s Hire Announced at Fulton City High School. Now, for those of you who don’t know, Fulton City High School has a student body, 9-12, Male and Female, which numbers around 100 students, give or take a few. There aren’t 50 young men who attend the school all told. When Coach Gregory first showed up for practice after his being announced, there were only 6 men who showed up professing interest in playing football. C’est la vie for the HC at the smallest Kentucky High School which fields a football team.

Dain Gregory got to work at the school which had won a measly 7 of their last 73 high school football games in Kentucky’s smallest classification (1A). The early returns have been impressive. There are 22 Bulldogs, which is nearly half of the entire male student body at the high school, set to kick off Fulton City’s season under its new football coach. Among the 22 are some really talented players. Keith Martin, who is the featured photograph attached to this article is an absolute monster and Gregory believes he is a player with FCS, Division I, football in his future. What about The Juice? Jakiran The Juice Donald is a 6’1″ 334, 2020 kid, who, along with Martin, form the nucleus of a line of scrimmage opponents in any classification of football would both envy and struggle to oppose, much less handle. It would appear Coach Gregory has the same opinion as the late, great Vince Lombardi who said, quite famously, that [s]ome people try to find things in this game that don’t exist but Football is only two things…Blocking and Tackling. It certainly appears the Bulldogs are positioned to block very well.

There’s a lot more to this story however than Coach Gregory has gotten every conceivable kid in the high school with either size or talent to buy into a program which has really struggled and has them excited about the upcoming season. That’s really how Coach Gregory rolls which is why he was a brilliant hire. What is really going on at Fulton City High School is these boys have bought into another maxim attributed to Vince Lombardi in that Gregory is getting his kids to see…[f]ootball is a great deal like life in that it teaches that work, sacrifice, perseverance, competitive drive, selflessness and respect for authority is the price that each and every one of us must pay to achieve any goal that is worthwhile. These kids are getting to learn this lesson from a man who has taught this at every stop where he has been, a man who’s own life is a testament to those innate truths, and a man who will teach these men that Robert Griffin III was correct in noting [f]ootball is football and talent is talent. But the mindset of your team makes all the difference.

So what’s going on in Fulton City High School within the Bulldog program? They have bought in, they have come out, they are putting in the work, making the sacrifice, they are living for each other and Kentucky Prep Gridiron predicts the Bulldogs will achieve many of its goals this season and that includes winning. This is Fletcher Long reporting for Kentucky Prep Gridiron reminding you to PLAY THROUGH THE WHISTLE!