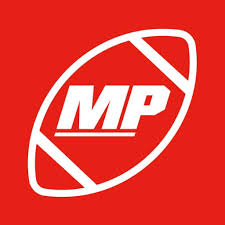 The below is the present MaxPreps Top 25 in the Kentucky 4A Classification after factoring in the games played this past Friday night. According to the people of MaxPreps, the poll is computer generated and doesn’t poll coaches, sportswriters, or fans. It eliminates the necessity of staff making judgments on the merits of any individual team. The computer is also impervious to prior season history, school size, and comments on message boards. The system utilizes the huge number of game results stored in the MaxPreps database. Generally, the more a team wins the higher the ranking, but the system takes into account quality wins (against other highly ranked opponents) and strength of schedule. That is why the computer thinks Hopkinsville High School, for purposes of explanation, at 1-4 is substantially better than a Logan County team, which is in the same district with the Tigers,  that is 5-0. The Tigers are ranked 7th in this week’s Class 4A, Commonwealth wide, football poll and Logan County is ranked 11 spots lower at No. 18. Logan County and Hopkinsville play in a few weeks, so I guess we will find out whether the computer is right or wrong.

The Strength of Schedule component is also why Logan is barely ranked ahead of Madisonville-North Hopkins. Madisonville-North Hopkins appears at No. 19 in the poll, just one spot lower than Logan County, in spite of Logan County being 5-0 and North Hopkins being 3-2.  According to the computer, Hopkinsville, through its first 5 games has played the toughest schedule in the Commonwealth of Kentucky in the 4A Classification among that Classification’s Top 25 ranked teams. It’s Strength of Schedule component for the formula employed by the computer to arrive at its power ranking is +29.5. In comparison, the computer has very little regard for Logan’s first five opponents assigning it a Strength of Schedule component of -18.9. Only Mason County has played a weaker schedule than Logan among the teams ranked in the Top 25 in 4A. North-Hopkins, which has a Strength of Schedule rating of -1.7, and Logan will also play going forward; again, giving us an opportunity to see which team is better, at least on the night the game is played.

The bottom line is who ranks ahead of whom really doesn’t matter, there is a playoff to ultimately decide. The theory is the harder competition you play before you get to District and the State Playoffs, the more prepared you will be, and perhaps confident. It is hoped the team will come out of the tough stretch of games, battle hardened and well equipped for the road ahead, which won’t be as daunting as the one just travelled. Even though Hoptown came through South Warren (No. 3, 5A), Mayfield (No. 3, 2A), Caldwell County (No. 7, 3A), Christian County (No. 4, 5A), and Paducah Tilghman (No. 14, 3A) 1-4, Hoptown is, and, according to the MaxPreps’ computer, should be, feeling pretty good about itself heading into District play. Maybe the MaxPreps Computer is completely wrong. We shall see!

Kentucky’s Top 25 according to MaxPreps.com