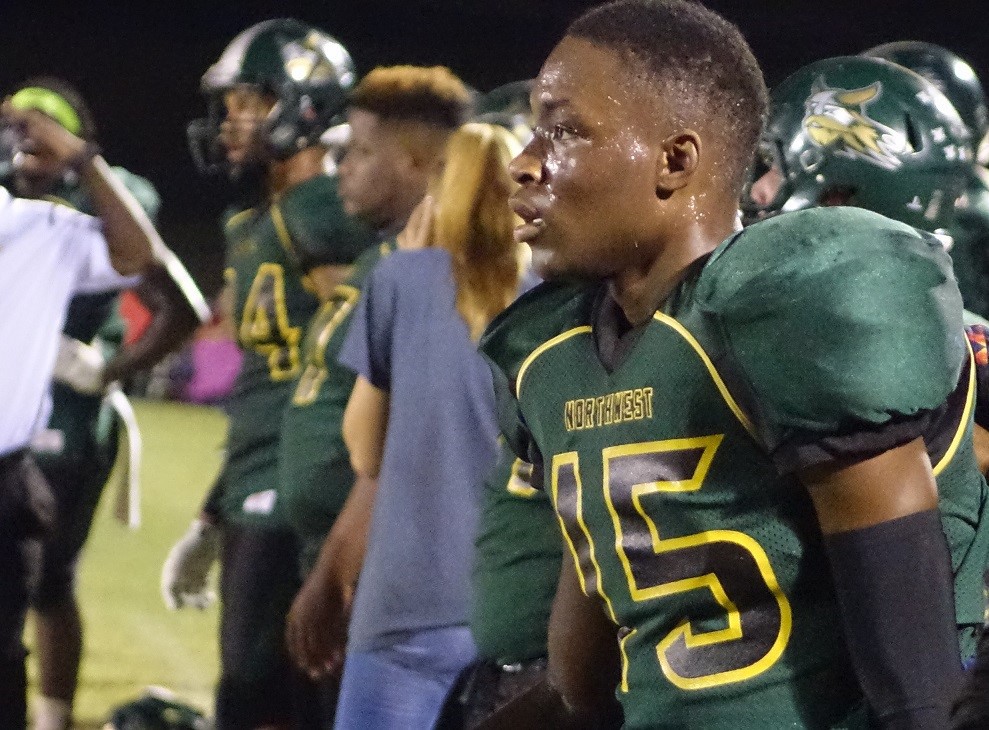 We at Kentucky Prep Gridiron include Clarksville, Tennessee in our sphere owing to it being just across the border from Hopkinsville, Kentucky and largely considered in the same Metropolitan area as Hopkinsville.  As we continue to rev up for the upcoming season, we begin directing, at least partly, some focus on the rising seniors.  Remember this statement, it is a big mouthful, but one by which we will stand at KPG…Shatar McClay is the Real Deal and may be the best prospect within a 200 mile radius of Clarksville, Tennessee.  Yeah, Jacoby Stevens (committed to LSU and from Murfreesboro, TN), you heard what we said.

For those of you familiar with high school football in the Hopkinsville-Clarksville Metropolitan area, we have seen a Shatar McClay type player before in Keyron Catlett.  Keyron, who formerly prepped at Christian County High School, was Kentucky’s best receiver in the 2017 class.  Keyron has taken his skills to the Purdue Boilermakers and the Big Ten, a Power 5 football conference.  McClay’s that good.

Shatar McClay committed to play his college football at The University of Tennessee recently on his 18th birthday, and for Tennessee’s part, it has plucked another tremendous player from out of The Queen City.  Tennessee has previously paned gold from that river before in Harry Galbreath, Travis Stephens and Jalen-Reeves Maybin just to name a few and former Team Captain and All-Conference Offensive Lineman Joe Balthrop, if we wish to travel that far down memory lane.

Shatar is a 6’0″ 185 pound WR-DB with long arms making him play even taller than his actual height.  He has fluid hips and excellent speed and is able to get on top of the deep ball or close on the underneath stuff.  Shatar, who works with NPA offseason and plays his high school football for Coach Vernon Wright at NorthWest High School, corralled 13 touchdown receptions, among the 36 receptions he had total, accounting for 746 receiving yards last season.  This translated into an average of 19.6 yards per reception.  Shatar also returned two punts for touchdowns and, while on defense, forced two fumbles and picked two passes.

When interviewed by RockyTopReview about the certainty of his commitment to UT, Shatar responded, I’m all in, this is a solid decision. It’s where I want to be and where I want to play my college ball. The scary thing about Shatar is imagining his development once he gets conditioned and trained by a full time strength and conditioning staff as well appointed and funded as what UT has for its student-athletes.  Shatar is raw but it doesn’t take a football genius to see his obvious physical attributes and ball skills.

Kentucky Prep Gridiron predicts NorthWest High School’s opponents will have a difficult time containing Shatar and, it bears mentioning, NorthWest travels this year to Somerset, Kentucky to play legendary High School Head Coach, Larry French and his Warriors. Coach French is the 8th winningest HC in KHSAA history with 302 Career wins, has a 66% career winning percentage over 39 years and two State Titles for Boyle County High School (4A). SouthWestern High School (5A), under his stewardship, is coming off a 9-4 2016 season and a deep run in the Kentucky state playoffs.  What will happen when the Super Coach meets the Super Player?  We don’t know, but it sure is fun, isn’t it?