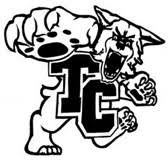 How important is a center to an offensive line. Well Ozzie Newsome, general manager of the Baltimore Ravens has some thoughts on it. He told ESPN the following about it…you need somebody who can neutralize that nose tackle. If you don’t, everything can get screwed up. Your running game won’t be effective and you’ll also have somebody in your quarterback’s face on every play. Uh, well said Ozzie! Now you may remember my covering the combine in Glasgow, Kentucky where the western Kentuckians got an opportunity to earn their way onto the most prestigious team in the bluegrass, Team Kentucky Future Stars. In that article, I told you about a center from Trigg County, Kentucky named Matt Alex Ladd. Let’s take a trip down memory lane a second, shall we?

From the article I published at the time, I wrote about my being involved with Future Stars’ football a few for a few years. I believe this will be my fourth overall year and my third covering the annual classic. As an offensive line coach formerly, as I have decided this year to take a sabbatical from coaching owing to the gaining popularity of KPGFootball, I have a keen eye for the trenches and talent so deployed. There are several things I just love about Matt Alex Ladd, and which the selection committed for Team Kentucky 7th Grade must have also loved. First of all, Ladd is 5-11 and already weighs a substantial, but not sloppy, 250 plus pounds. Judging by the length of his arms and the size of his hands and feet, I would wager a significant amount he isn’t done growing. He will be mammoth. Now, Trigg County has a penchant for developing some accomplished power lifters and Ladd is already inscribing his name to that list. Ladd squats around 300 pounds, indicating to me he has good hips and good core strength. I see evidence of this in his stance, where his hips are low, and he demonstrates the ability to transition from stance to engagement in a fluid and seamless manner. Oh yeah, his shotgun snap, which he has years of experience doing, is money. This will be a HUGE relief when Team Kentucky Seventh Grade gets to camp and starts installing its spread pistol offense.

Now Ladd is an athlete, as we see on the football field, but there is evidence of Ladd’s athleticism originating from off the gridiron. Ladd is also on the Track & Field team at Trigg County Middle School and participates in two Field events, the Discus and the Shot Put. Matt at the Murray Middle School All-Comers meet threw the Disc 54 feet while launching the Shot 28 feet. Throwing the Shot has, in my estimation, a direct correlation to hand punch in football. In an article which appeared on USA Football about the benefits of participating in multiple sports, writer Stephen Spiewak (MaxPreps) noted that USA Football encourages young athletes to play multiple sports. According to medical experts, taking part in a variety of activities…structured or not…leads to greater skill and muscle development. It would appear Ladd got that message.

The selection of Matt Alex Ladd to the team makes one thing appear certain. When the selectors sat down to put together this team, they obviously decided finding a skilled, big bodied, powerful center who could both snap the football reliably while still preventing a jail break through the middle of the line was important. Those needs appear, to us, to have been more than adequately addressed. Congratulations to Class of 2023 Matt Alex Ladd from Trigg County Middle School for being selected to #TeamKentucky! Welcome to the #Brotherhood.

This is Fletcher Long reminding all of you ballers out there to PLAY THROUGH THE WHISTLE.