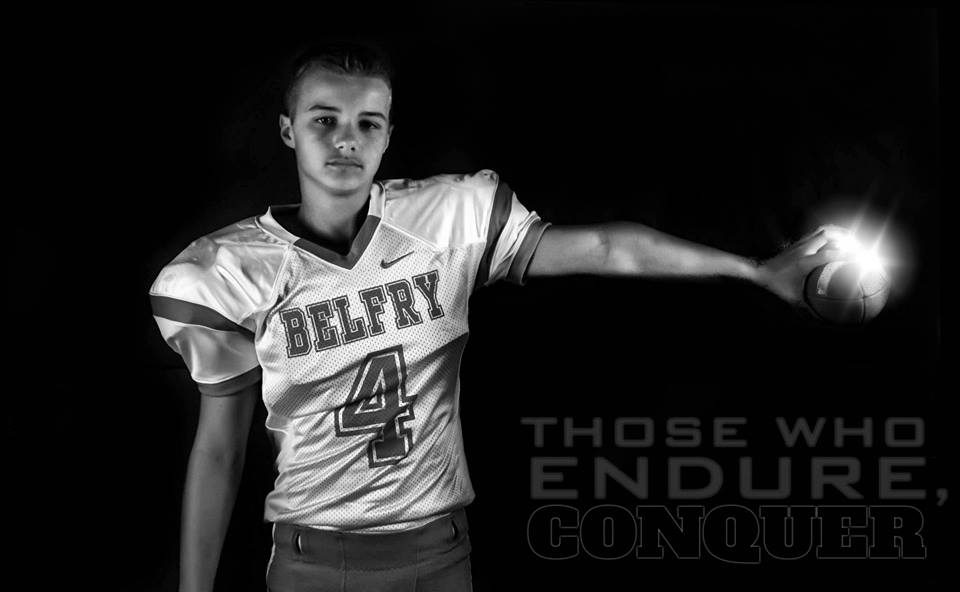 It’s not hard to write an article about Seth Mounts who played his Middle School career for one of the best Middle School Coaches in the Commonwealth, Daniel Mounts. I was talking to Daniel Mounts on the phone as there was a chance our teams would meet for the Championship.  As it worked out, we both lost in the Semis by two points…damn the luck, but I mentioned to him he has to be pretty smart and he said, “Four rings don’t lie brother.”  He’s right.  Of course, even Coach Mounts would agree having an All-American for a son doesn’t hurt the old coaching record either.

Seth Mounts is one of the more decorated players in the Commonwealth of Kentucky Class of 2021 and he plays QB/LB for the Belfry Buccaneers but Kentucky Prep Gridiron sees him on the Defensive side of the ball in HS and beyond.  Seth made the B2C All-American Team and was selected to the 2017 Pro Football Hall of Fame Academy.  He has excellent length, explosion, and good speed and is able to contain the edge for you and make plays in space from his OLB position as well as being able to close out on the flat in coverage too.  Seth is a very sure tackler who really brings his hips to deliver the blow.  Seth has been a multiple selection to Team Kentucky FBU and is already making recruiting visits, though only a rising 9th grader.

Kentucky Prep Gridiron predicts Seth Mounts will be in Clarksville for Kentucky Future Stars and that Seth will also be a Future Star at Belfry High School as we predict Seth will see early playing time even if he doesn’t immediately start as a frosh, which is really hard for any freshman at a program like Belfry.  Kentucky Prep Gridiron also suggests, if Kentucky Future Stars wants to thrash its counterpart from Tennessee, you might ought to see if we can’t get that other Mounts (Daniel) to come along.  You know, “Four Rings don’t lie…”

Remember, Ballers…PLAY THROUGH THE WHISTLE!