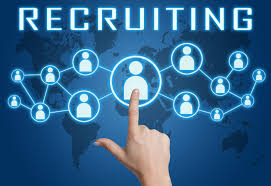 Recruiting was once a simpler process. First, college coaches would make the “Who you got?” calls to their high school counterparts. Based on what they were told, certain players would then start getting letters. Those letters would have questionnaires enclosed.

After that, the college guys would make some preliminary evaluations. Then would come the visits.

Coaches would show up either at your home, Friday night game, or school where they either would talk to a prospect. Sometimes they would make a verbal offer, sometimes they would tell the kid, “We need to get you on campus for our camp and get a better look at you.”

If they made a verbal offer, or even if they didn’t but were intrigued, you would get invited to campus for an “official visit” or asked to visit unofficially (which meant on your own dime). Now this was usually for one of the college team’s games. This was separate from the “come to camp.” The tea leaves were pretty easy to read from there.

If they were paying for you to visit, they definitely had either offered you or were going to offer on that visit. If you came on your own dime, they were still looking at you but they hadn’t arrived at the “we have to hive him” moment in the process.

Once they decided they needed you, and you were high enough on the board to offer, you got your signing ceremony together at the local gym and waited for the fax machine to deliver the letter of intent and the financial aid papers. That was pretty much the process though no two recruiting journeys were identical.

Interspersed in all of that was constant communication with your high school coach and guys in team caps showing up at your ballgames, inviting you to camps or on visits and other fun stuff like that. The coronavirus has changed the landscape, definitely this recruiting season and maybe from this point forward.

More and more high school coaches are telling me they feel outside the process. More and more schools are reaching out and communicating directly with the student-athlete.

What are they using as the mode of communication? They are utilizing “Social Media,” and chiefly Twitter.

If you want to know these days if a school is really scouting your son we have a one step equation for you. Get him a Twitter account.

First, we want to assure you Twitter has paid us nothing for this endorsement and it really isn’t an endorsement at all. We say this because we are in regular contact with parents with kids going through the process.

Here’s what we are hearing out there from our sources. When parents go through their athletes “followers” they find their son is being “followed” by recruiters from schools they have either heard from considerably or who have already offered.

The “followers” from whom they haven’t heard yet are from schools who have let it be known, either through the kid’s HS coach or a text to the student-athlete himself, that they are looking. One parent told us a story about a school which lurked on his son’s site, among his “followers,” for months, never saying a word. One day, BANG! This coach called his son and struck like a cobra with an offer.

First time they had even heard from the coach. Kid’s high school coach still hasn’t heard anything from the school.

So, why is this seemingly true? Well, these are different times.

Coaches, through social media platforms, have instantaneous access to prospects. Many campuses aren’t even open during this pandemic so camps and combines, where they can see prospects, are off the present table.

Just like the instant access is a tool for schools, it may be an opportunity for you as well. We suggest you use it.

Your family and athlete can capitalize off of this predicament. Get video of your kid’s lifts, those of you with home gyms,…put the videos on Twitter. Video his running 40’s, 3-cone drills, and shuttles…put the video on Twitter.

How will target schools know your son’s Twitter handle? Go to the website of schools which interest him and fill out the online questionnaire. You’ll definitely notice something we are told.

First of all, schools are dogmatically steadfast your son fill out its questionnaire. One athlete we cover with some frequency told us he got a call from a coach who said “we are really looking at you but need you to fill out this questionnaire first.” According to this player, the coach actually sat on the phone and filled out the questionnaire with the kid.

Everything he was asked was already on the kid’s recruiting service profile. Hell, he could have just accessed the kid’s profile, available to all over the internet, and filled it out for the kid without even asking him the first question. So, the recruiting questionnaire is VERY IMPORTANT to these guys.

I have talked to parents reporting they have personally gone online for their athlete and filled out hundreds of these. Everyone one of those parents tell me that their son’s Twitter handle was among the first things requested on every single questionnaire they completed.

The vast majority asked for his bench, squat, and power clean. Most of them requested his 40-time. Half of them wanted his stats and athletic postseason honors bestowed. Half wanted a recent picture. Some wanted his vertical, three-cone time, and shuttle. Every last one of them wanted his grades, test scores, name, address, phone number, cell number, height, weight, positions played, and a Twitter handle.

Every-last-one, without exception, equated his Twitter handle to the same importance as his name and address. That has got to tell you something. If it doesn’t then you aren’t listening.

I have other kids we cover who tell me they are members of the largest national recruiting network in America. It is called Next College Student Athlete and its logo is to the right of this paragraph.

If you have ever attended a national combine, you have seen these guys there signing up attendees for its service. One of the things they advise college bound athletes to do is identify schools in which they are interested and immediately begin following coaches on the coaching staff on Twitter.

So, if every questionnaire you fill out wants your athlete’s Twitter handle and if NCSA, and services like them, perpetually hound you to follow your target-schools’ staffs on Twitter, then either Twitter has purchased the entire process (possible) or the Twitter medium is an imperative tool to be used for one’s getting recruited (more probable).

But Coach Lyon, I don’t allow little Johnnie to have a Twitter account? Well, mom and dad, you better reverse that trend or get ready to shell out for college.

Here’s what we are prepared to disclose. We don’t care if you have made a visit to campus at a coach’s invitation or not. We don’t care if you have attended Junior Day, the team’s home game with the conference, regular-season title on the line and a playoff or bowl bid in the balance, or even why you were there using a free ticket to be admitted; if a school isn’t following your son on Twitter, they really aren’t recruiting him.

Now that piece of information is worth the entire price of subscribing to this magazine. Go forth and use it to your advantage.