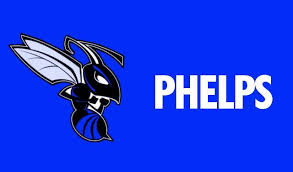 We are proud to be the first publication to detail the athletic prowess and achievements of many middle school football players across the Commonwealth of Kentucky. I haven’t told too many people this story but KPGFootball wouldn’t exist if I could have gotten the local Sports Editor, at a newspaper in my area, to write a story about some area middle school players whom had been selected to play for Team Kentucky in the Tennessee-Kentucky Future Stars’ Classic which was being played in Bowling Green, Kentucky that particular summer. I was coaching middle school football that year and four of my players, and three from the middle school across town, had been selected to either the 7th or 8th grade Team Kentucky that summer. I contacted the Sports Editor with this information which I believed was a news story within the community’s interest to discover. That professional journalist perfunctorily informed me his periodical didn’t report on middle school sports. The next morning I opened the sports section to see a headline, replete with picture, about some Country Club swimmers doing well at some swim meet. So Country Club swimming is a reportable event and middle school football isn’t? Well, I decided then and there I would never ask a newspaper to cover something again I was imminently better able to just cover myself and KPGFootball was born.

Now, I am not indicting the local journalists in and around the Phelps, Kentucky area as I have no idea whether they would cover the Mountain All-State Combine performance of Cory Turnmire, Class of 2023, who is entering the 8th grade at Phelps Junior High. Since this is right across the middle of what I cover, I don’t intend to make any inquiries. I can tell you that Cory Turnmire was awarded Top Honors at the combine for his performance as an 8th grade RB because his feats of speed, agility, power, explosion, and quickness are newsworthy to us. Cory is listed as a running back and he ran a 40 yard dash in 5.3 seconds. This is an upper level 40 time for an 8th grade running back, particularly where he has just finished the 7th grade. That time will only go down as he lengthens, gains in strength, and matures. His pro-agility (5-10-5) time of 4.71 seconds shows a spacial quickness which will lend itself to the shake and bake ability to make tacklers miss him in space. His L-cone drill, completed in 8.5 seconds, is an elite time for an athlete his age as anything south of 9 seconds is considered upper-level, change of direction, quickness and speed for a middle school athlete.

Not all middle school athletes, particularly the ones entering the 8th grade as opposed to summering before entering the 9th grade, are comfortable doing weighted bench presses which is why we gave middle school players the option of body-weight pushups over a thirty second time frame. Turnmire did 35 pushups over the 30 second time frame which is considered above average upper body strength at his stage of development. Cory is a kid whom has planted himself squarely in the discussion for Middle School All-State football honors provided he takes care of business on the field this next Fall at Phelps Junior High School as we expect he will. This is a name to follow going forward, and we have every intention of doing just that.