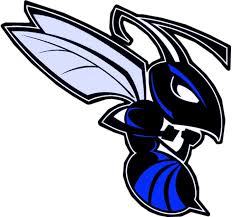 Hey, it’s good to be back home again/Sometimes this old farm feels like a long lost friend/Yes, and hey, it’s good to be back home again…“Back Home Again,” the late John Denver. Nobody encapsulated what it meant to be a Country Boy or live in the Mountains or even be Back Home Again any more descriptively than John Denver. May he rest in peace. I know you have had the feeling of coming home to a long lost friend when getting back home. I know I have. Yeah, I think a lot of people recognize that particular yearning. I know Dagen Rash moved away from Belfry only to decide he wanted to graduate back home with his friends. I am sure Belfry High School and Coach Phillip Haywood couldn’t be happier about his return. Linemen like Dagen Rash don’t generally just fall in a coach’s lap. Well Greggory Peyton Varney, who transferred to Pike Central from Phelps earlier in his career, decided he wanted to come home again and graduate with his friends so the Varneys moved back to Phelps, Kentucky. Coach David Jones tells me he couldn’t be happier about it too. On behalf of the Hornets…we’re glad your back son!

There is a lot to like about Peyton Varney‘s game. He plays center and is a rising senior in high school (Class of 2019), and good center around whom to anchor an offensive line is not easy to find. If a Kentucky team is going to deploy a monster with his hand in the dirt, he will be deployed at the nose guard slot. A good nose guard frees up his mates by commanding a double and strongly suggesting that he be triple teamed just to keep him out of the backfield free from disrupting the play. If you can come up with a center who can match up with the nose guards encountered in Kentucky high school football, one on one, you better appreciate what a rare gift, personnel wise, that often turns out to be. That is very good fortune in deed. Varney possess all the physical attributes to be such a player.

Peyton Varney is 5-10 and weighs in the 245-255 pound range and has really good wheels. At the Mountain All-State Combine in Pikeville, Kentucky, the newly re-minted Phelps, Kentucky product ran a 5.0 second 40 yard dash. Varney also show-cased his agility and spacial quickness with his pro-agility, 5-10-5 shuttle time of 4.72 seconds and his change of direction speed with the L-cone drill time of 8.5 seconds. Varney also possesses the strength to gain separation from a nose guard with his powerful punch and strong clamp. At the combine, electing to rep on the bench press at the NFL combine weight of 225 pounds, as opposed to the High School rep weight of 185 pounds, Varney was able to get 225 pounds up 9 times. According to the www.muscleandstrength.com, bench press calculator, that makes his approximate, one-rep, bench press maximum 293 pounds. It is my firm belief most of the nose guards Varney will encounter this year at Phelps will weigh somewhere south of 293 pounds, wouldn’t you think?

Now that Peyton Varney is back home in Phelps in the words of Denver, once more, There’s a fire softly burning, supper’s on the stove…and who may be the most hungry while still being ready to eat around the mountains may be Varney and his Hornets back home in Phelps, Kentucky. Hey, it’s good to be back home again…Welcome back big guy!