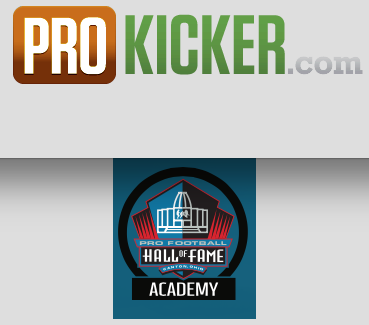 Two of the more respected entities which evaluate both place kickers and punters have selected a couple of Kentuckians as the very best at their craft in their respective classes across the Country. KPGFootball would submit the awarding of this distinction to these players failed to be any kind of surprise. As for Jackson Smith, whom we have featured numerous times on this very site, we called him the best place kicker/punter in the Class of 2021 when we nominated him for last season’s Bret Cooper Junior All-American game in Dallas, Texas. As a testament to Jackson‘s toughness, we also thought he could have made the team as a linebacker. KPGFootball would like to congratulate both Colin Fratus (2023) from Bowling Green Junior High School and Jackson Smith (2022) from Boyle County High School.

We first saw Jackson Smith burst onto the scene in the KYMSFA Championship Football game between Boyle County Middle School and Corbin. In that game Smith was 3 for 3 on field goal attempts, including nailing a 51 yarder, right through the uprights. Jackson Smith was selected to the Bret Cooper Junior All-American game where he was awarded the Luis Fernando Zendejas Award as the week’s outstanding performer as a place kicker/punter. Jackson attended a ProKicker.com camp, which is the pre-eminent camp for specialists in the Country, and was selected by the staff as the nation’s number one ranked place kicker and punter in the rising freshman class. Jackson‘s dad, Andy Smith, prepped at Franklin-Simpson High School and ended up making consensus, first-team, All-conference as a punter for the Kentucky Wildcats. All of this is the topic of a recent article herein linked. Jackson Smith demonstrated for the East coaching staff at the Bret Cooper game that he was not only an extraordinary specialist but was also extraordinary for a specialist in that the tough as nails, Boyle County native played significant reps at linebacker and was among the best linebackers/tacklers at the All-American game on the East roster. Just something to think about for any high school players, this Fall, who aspire to get a highlight attempting to ring up the Boyle County place-kicker. There may well be a highlight hit administered but it might not be yours.

Colin Fratus from Bowling Green Junior High School has been chosen as the nation’s top place kicker in the Class of 2023 by the National Football Foundation’s Pro Football Hall of Fame Academy. In recognition of his selection Fratus will play in the Hall of Fame 8th grade game in Canton, Ohio on August 3, 2018. We first featured Fratus, together with some other top performers in an article entitled …And a little child shall lead them. In that article, linked herein, we described how, in overtime of the Tennessee-Kentucky Future Stars’ 7th grade game (for players entering 8th grade) Kentucky‘s first possession in the overtime stalled out at the 10 yard line. Kentucky called on Colin Fratus, who had converted every PAT on the day (without which we wouldn’t have been in overtime in the first place). Fratus calmly trotted out onto the field and drove a stake through Tennessee‘s heart by nailing a 30 yard field goal out of a bad snap, but brilliant placement, to provide the ultimate margin, thus sealing the Kentucky victory 31-28. We thought, and noted in the article, Fratus could well have been offensive MVP of the game, but for the heroics of 6th grade quarterback, Cole Hodge. Fratus‘ selection to the Hall of Fame, 8th grade game is particularly satisfying to KPGFootball as we have recently been selected Kentucky scouts, with responsibility, going forward, of assisting the selection of worthy Kentucky players to play in future games.

We are extremely proud of both these fine, young kickers for their achievement and hard-work. Further, we proffer this as continued proof that Kentucky possesses some of the finest young football players anywhere.