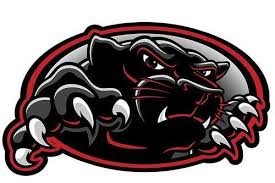 Coach Greg Taphouse had it rolling last year. In 2017, his Panthers entered the playoffs with a home game against Holy Cross. Holy Cross entered the game in Ludlow, Kentucky at 5-5. With the winner getting Kentucky Country Day in round two, as KCD was playing a one win Dayton squad in round one so very likely the winner, maybe Coach Taphouse‘s Panthers peeked ahead a bit and forgot to cross the most immediate obstacle before worrying about the next one. Who’s to say for sure. More than any other thing though, what can be said is that the Ludlow Panthers have lost, maybe inch for inch and pound for pound, the best damn football player in the Commonwealth when Justin Blackburn stepped across the stage at graduation, last Spring, and took his skills and high school diploma to Mount St. Joseph University in Cincinnati, Ohio.

Justin Blackburn rushed from scrimmage for 2,116 yards in only 222 carries a year ago scoring a whopping 35 rushing TDs. He also passed for 1,190 yards with 14 passing TDs on his way to personally accounting for 218 of the team’s point production. He led the team in tackles with 88 and picked off two passes, returning the pair 46 yards and one of them all the way for a pick-six. Blackburn, only 5-8 and 180 pounds, ran the 40 yard dash in 4.7 seconds, shuttled in 4.21 seconds (5-10-5), bench pressed 300 pounds, repped 185 pounds 18 times, squatted 505 pounds, while deadlifting 475. Yes, he pretty much was Superman. Then again, one has to be to get one’s education paid for by a University for playing football while only 5-8 inches tall. Notwithstanding his rather short stature, it didn’t then, nor does it now, prevent him from casting a fairly large shadow. For Ludlow to have anywhere near the success it enjoyed a season ago, someone will have to emerge from the shadow and attempt to fill some very large shoes. Blackburn is a good example of it not mattering so much how many seniors graduate as it matters who they are, where they played, and what they contributed.

Enter rising senior to be Sean Stratton. Stratton didn’t have the year in 2017 Blackburn had, but in all fairness, who did? When one individual is 35 TDs over the ground, 14 through the air, and one by way of pick-six, that can be an intimidating amount of production for any upcoming player to undertake. It isn’t as if Stratton didn’t do anything himself over the course of his junior campaign. Stratton rushed for 1,002 yards on 159 rushes with 8 rushing TDs, and, in a lot of seasons, would have been the primary runner in the backfield. Stratton scored 52 points for his team, picked off a pass from SS, recovered 2 fumbles, and came up and got his hat on 25 stops. Stratton isn’t as thick as Blackburn, and not as accomplished in the weight room, but the 5-7, 150 pounder ain’t nothing to trifle with either, as one of my favorite head coaches is fond of saying. Someone has to emerge in 2018 for the Ludlow Panthers, and KPGFootball will now put forth the name of Sean Stratton into nomination for the rather onerous and burdensome chore. The curtain is rising on the 2018 season, lets see how he does.