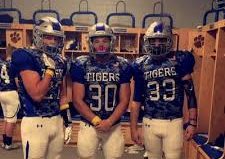 There was a Greek Philosopher who was tried, in essence, for proclaiming himself the smartest person alive. This, of course was an offense against the Emperor as to proclaim yourself smarter than he would deny his supposed divinity. He was tried for two offenses, asebeia (impiety) against the pantheon of Athens, and corruption of the youth of the city-state, and Plato, another famous Greek Philosopher, observed and recorded the proceedings. He was convicted and executed but that really isn’t the story. The reason Socrates believed himself smarter than any other man alive, according to his testimony as recorded by Plato, was that only he fully appreciate the vastness of what he didn’t know. If you wish, you may purchase and read the book online.

What does that have to do with football? Well, I will tell you. There are those of us out in the football world who believe themselves to be experts in Kentucky High School football. Many of us are voters in the weekly polls and on the AP All-State Football team and we render our judgments with anonymity (should we choose it) and impunity. How much can anyone really know about all the football played and the many players playing it around the Commonwealth of Kentucky? For instance, how many of you knew that one of the best middle linebackers in all of Kentucky plays at Paintsville High School and is named Christian Keeton? Keeton wasn’t just the best middle linebacker in the 1A classification last year, but he was in 2016 too. Keeton recorded 101 tackles for Paintsville High School in 2016 and followed that up with 95 tackles last year in route to Paintsville winning 11 of its 13 games.

Okay, so he makes a bunch of tackles, how does that make him elite at the position? Well, to those people who would either say that (or whom may be thinking that) I would inquire as to what exactly they think a Mike LB is supposed to be doing out on the field if its not making tackles? That aside, Keeton is 6-0 and weighs 215 pounds. Keeton has a registered 40 yard dash time of 4.74. Keeton has a broad jump of 9’7″ which demonstrates the hip explosion to corroborate the 40 time. Keeton bench presses 310 pounds so he has plenty of strength to separate himself when scraping down the line or when shedding linemen venturing out to block him. Keeton power cleans 260 pounds demonstrating good core strength, the ability to work from low to high, and what we call good hips (being able to quickly drop his hips under the bar with the strength to front squat the weight back up to the completed position in the lift). In a lot of ways, Christian Keeton is eerily similar to another former great who came from Paintsville High School.

In summation (if you will), Christian Keeton has the physical characteristics to play the position (frame), he has the speed coveted by college coaches in middle linebackers, and he has the statistics over the previous two seasons to demonstrate that, unlike so many players with frame and speed, he actually thinks and plays like one would want a middle linebacker to play. Christian Keeton hunts, seeks, then explodes through the football and the unfortunate soul who happens to be in possession of it at the time. Christian Keeton should be a household name throughout the Commonwealth of Kentucky in the nature of middle linebacker play. To the extent he isn’t, is more an example, in the sports writing community, of a demonstration of how much we actually don’t know.