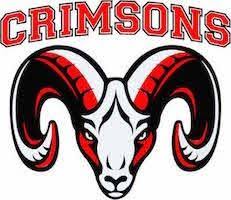 Okay guys, this is when it gets interesting. For the winners, it is survive and advance. For the losers, its basketball season. What we are going to do in this article is identify a team which KPGFootball believes to be primed for upset. This doesn’t mean we are calling the game for the underdog, we are just getting on the record, right now, that the favorite in the game would do well to not overlook this particular opponent. For the following team, we are putting them on our Official Upset Alert. Ladies and gentlemen, the following team better not get caught looking ahead because the task at hand may jump up and bite them on the rear-end. That team is…North Hardin!

You see, we already know what you are thinking…there isn’t sufficient parity in Kentucky high school football for a team which barely made the playoffs, like bottom seeded, District 4, duPont Manual, to think it can go on the road and upset District 2’s Champion, North Hardin. In ordinary circumstances and, perhaps, in ordinary seasons this is probably true. However, 2018 has proven to be anything but ordinary. I mean for Pete’s sake, Louisville Trinity is entering the playoffs 4-6! Nothing ordinary about this year.

Looking over the usual bottom versus top seeds in the respective regions, there aren’t a lot of match-ups which look to be very contested. I mean, Madisonville North-Hopkins will kill Warren Central (for instance) if the Maroons come out onto the field blind folded and bound. South Warren will kill Apollo and Calloway County couldn’t beat Franklin-Simpson if the Wildcats elected to just go with 7 players a side. Not to belabor the point, but you know what I mean. However, there is one bottom versus top seed matchup which doesn’t look to be so crystal. Look out North Hardin because Louisville’s duPont Manual can beat you.

Manual, in going 6-4 on the year, finished 1-3 in what may be the toughest District in Kentucky football. District 2, on the other hand, isn’t exactly District 1 (sorry, but you guys know your the little sister of Class 6A football), but it’s a long way from having to routinely play the likes of St. Xavier, Louisville Male, Louisville Butler, and Pleasure Ridge Park. Now the MaxPreps.com and Cal.Preps computer algorithms have North Hardin (8-2) ranked 25th in Kentucky and 2,072nd in the Country. Manual played a Butler team slotted just three spots lower in KY (28th) and just 275 slots lower in the National Rankings (2,347th). While Manual didn’t beat Butler, they only lost 14-10. Similarly, the Crimsons also only lost to St. Xavier, at Saint X, by 18 points and St. Xavier is Kentucky’s 14th highest rated football team and the Nation’s 1,367th.

Now the 8-2 North Hardin team was really 7-3 but got a win, via TSSAA ruling.  You see, the governing body of Tennessee High School football (TSSAA) ruled Northeast High School, in Clarksville, Tennessee, had to give back to North Hardin a victory Northeast had earned, on the field, 26-16, owing to NE’s use of an ineligible player. McCracken County in Class 6A, District 1, a 40-10 loser to Northeast, also benefited from the ruling and gained a win it had failed to earn on the field of play. North Hardin hasn’t beaten anyone of note on the year but narrowly lost to Boyle County, ranked 4th in Kentucky, to whom North Hardin lost by 7 points and St. Francis DeSales, ranked 12th in Kentucky, to whom North Hardin lost by 3.

According to both the Kentucky and National ratings, the closest team to being slotted where Manual has been slotted (51 in KY; 4,009th in America) is Elizabethtown. E-Town, which also finished the year 6-4, played North Hardin in Radcliff, Kentucky, on August 31, 2018, and lost to the Trojans 34-19. E-Town is ranked 53rd in Kentucky and 4,191st in America. So Manual has played teams as good or better than North Hardin and stayed in the game, though losing, while North Hardin has beaten one team as good as Manual, which it beat by a couple scores way back in August.

Is North Hardin better than Manual? Yes. Can they afford to look past the Crimson Rams at a possible match-up with the winner of Meade County at Male, which figures to be Male? We, at KPGFootball wouldn’t recommend it.