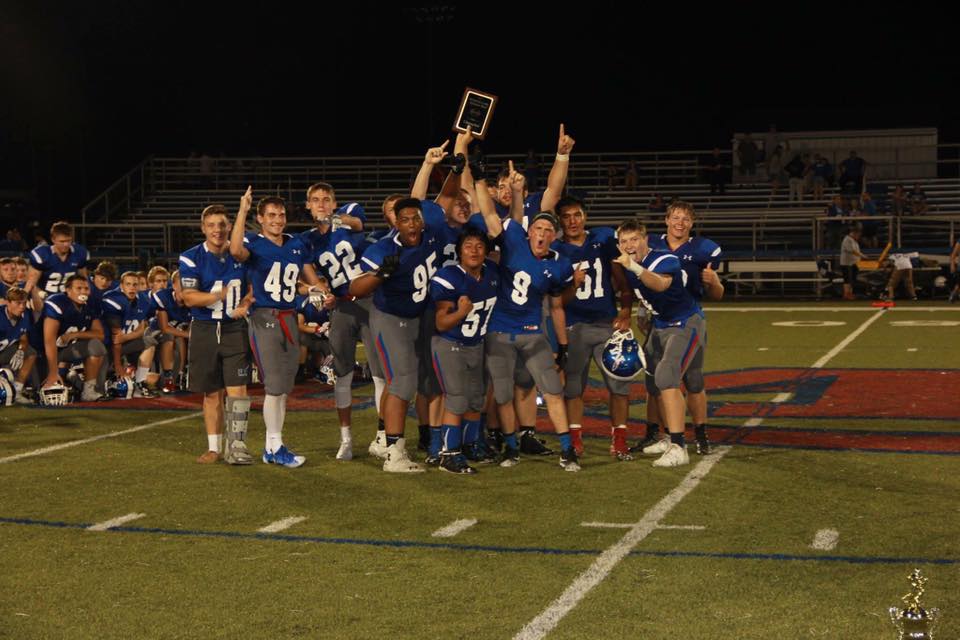 I believe running back Charles Collins is one of the best arguments for the necessity of Kentucky Prep Gridiron I have ever been able to make. Collins plays for the Montgomery County Indians who are a district 6 football team in Kentucky’s 5A Classification. Collins had pretty good year last year too, by the by, perhaps you heard. They finished 10-3, beat a good Louisville Doss team in the second round of the playoffs, and lost to State-finalist, Madison Southern in the Regional Finals (State quarter-finals). They also rung up over 4,100 rushing yards from scrimmage on the way to tallying 532 points in 13 games or a tad shy of 41 points a ball game.

Now, I am a statistics guy. I pour over statistics in order to prepare these many articles I publish for KPGFootball. I really strive to cover teams from all over the Commonwealth as KPGFootball endeavors to provide the most comprehensive coverage of Kentucky prep football in the business. It is something in which we take a lot of pride. Pouring over statistics this morning, I noticed that a 2020 player, not on the AFI-KPG Sophomore All-State Football team (oops), gained 2004 yards from scrimmage in 194 carries with 29 rushing TDs. That comes out to 10.33 or so yards per attempt. How in the world did I miss this guy? I started searching through the internet…No HUDL highlights and no articles featuring him. All I found of him other than pictures was his being  Honorably Mentioned on the AP All-State Football Team. Aside from that, it was like he didn’t exist. I reached out to some coaches around Mt. Sterling, Kentucky and one of them texts me I’ve never heard of the kid. How can this kid, who ran for over 2,000 yards, scored 204 of his teams 532 points, scored 29 TDs, and averaged 10.33 yards a carry over 194 carries be an unknown? Hopefully, the existence of this digital magazine, and this feature article, will help the next guy looking for Charles Collins. Who knows which college football recruiter that might be.

Charles Collins is estimated to be in the neighborhood of 5-8 and weighs around 160 pounds. I was able to contact a coach on a staff which had to both face and game plan for Collins this past season. What he told me spoke volumes, at least to me. This coach told me that Charles is a very elusive running back with lightening speed. It is hard to get a good shot on him. To tackle him, you have to take a very good pursuit angle. Even though Charles is undersized, I still consider him among the very elite running backs in the Commonwealth of Kentucky’s 5A classification. I asked him about Coach Jamie Egli‘s team in general and he told me they are very well coached and efficient both with what they do and how they go about doing it.

So there it is folks, the secret is out…they have one Hell of a running back in Mt. Sterling, Kentucky. Now, we will continue to go tell it on a mountain, over the hills and everywhere, if you will just keep buying the articles or subscribing to the site. I’ll tell you what, share this article with your friends, and, maybe with our combined efforts, the next Charles Collins won’t have to toil away in relative obscurity.