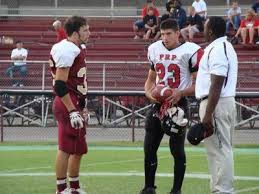 When the Kentucky Future Stars take the field in Clarksville, Tennessee June 17, 2017 at Fortera Stadium on the campus of APSU, at the helm will be LaKunta Farmer. LaKunta guided the 8th grade team from last year (Class of 2020) to a 44-27 defeat of the Tennessee Future Stars team which many recruiting analysts declared the most instate football talent the Sate of Tennessee has ever produced. Sure, Elijah Howard from Knoxville Webb wasn’t there but Preston Perdue (Lewis County), Bryn Tucker (Big Tuck, Knoxville Catholic), Don Johnson (Columbia), Darin Turner, Jr. (Memphis), Jackson Riley (Murfreesboro) and a cornucopia of other instate Tennessee, Class of 2020, stars were.  If Kentucky was to win one of the two games, conventional wisdom dictated, they would have to win the Class of 2021 game (7th Grade) because Tennessee had too much to lose the 8th grade game.  Apparently not so.

So what was the secret? How did the former High School Head Coach at Louisville Doss High School and Kentucky Xtreme Head Coach in the CIFL manage to vanquish the insurmountable obstacle which lay in front of him. Here’s a breadown of what Kentucky Prep Gridiron witnessed in last year’s game in Bowling Green:

We aren’t maintaining these four reasons are the entire reason Kentucky won.  We do maintain that these four things stuck in this reporter’s mind and made me leave Bowling Green with a very favorable impression of the man to whom Kentucky entrusted it’s fortunes.  Bottom line…he did a great job!

Come out to see the game June 17, 2017 and remember ballers…PLAY THROUGH THE WHISTLE!