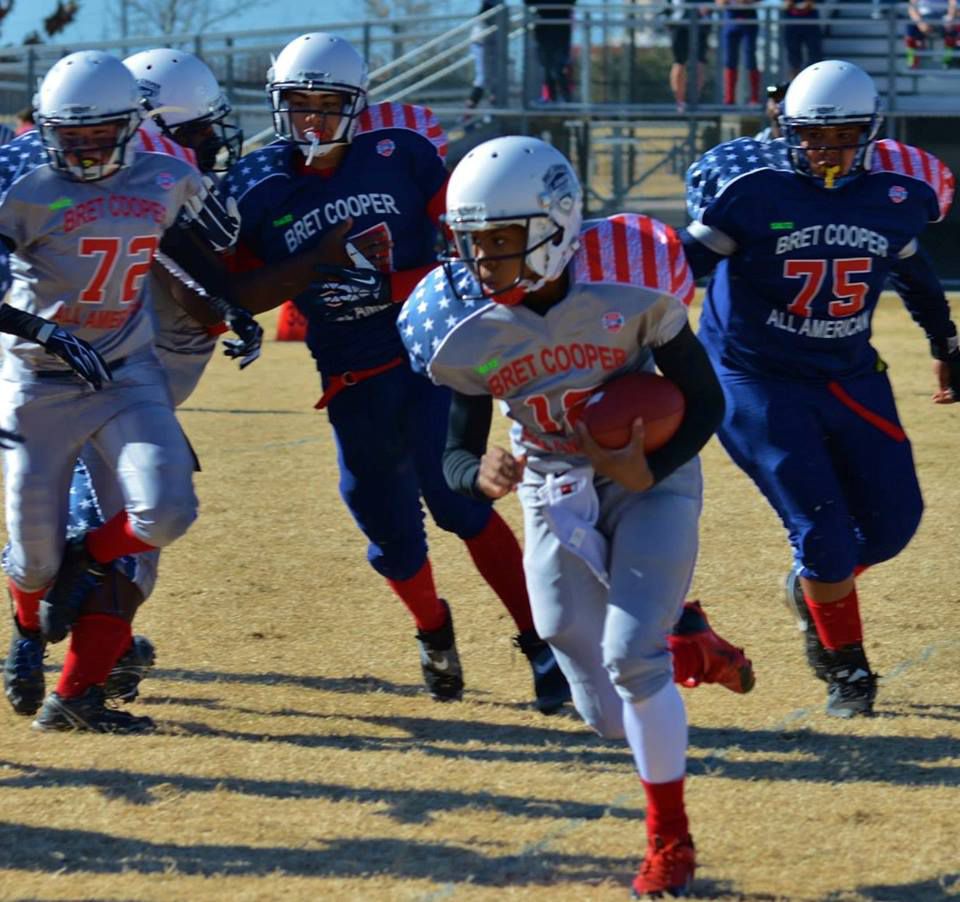 My friend, Bret Cooper requests I publish this here in recognition of the tremendous amount of Kentucky players we have who are capable of selection for this game.  The game is played annually in Dallas, TX.

Kentucky had two players play for the East All-Americans, who won the 14-under game 22-6, this past season over the West All-Americans. The two Kentuckians were Austin Gough from Owensboro and William Long from Hopkinsville.  Austin, played outside LB and gained 150 yards rushing from scrimmage at RB.  Austin very easily could have been the game MVP. I still don’t know why he wasn’t, other than we had two outstanding offensive performances. Shane Hamm, who was awarded the game’s MVP, the QB from Youngstown, Ohio, was also equally deserving of the award but not more so in my humble opinion. William Long was named the J.J. Watt Award winner for being the week’s outstanding defensive player. Long played MLB on Defense and all along the line of scrimmage on Offense.

Bret Cooper, who has provided the below information personally, would ask you be advised as to the following information:

The Bret Cooper Junior Academic All-American Bowl Game is the #1 bowl game in the nation. Players who are selected to participate in this bowl game demonstrate the ability to hit opponents as hard as they hit the books. These players also understand that academics and character are more important than just simply being an athlete. The term student-athlete means student first and athlete second. The Bret Cooper Junior All-American Organization knows that “A” comes before “O” and there is no offer without the academics.

The honor of being selected for this game has many advantages. For example, you will be scouted by some of the top schools in the country, be coached by former NFL players and have the potential to be put on the early list for recruitment.
You will also become part of an exclusive fraternity that only a few kids the in nation will ever experience.