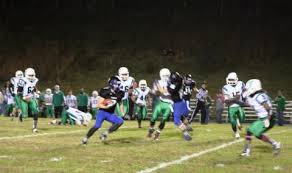 Julie Thomas with Ballard County Schools has released that the keys to the Ballard Memorial football program have been handed over to the capable hands of football coaching veteran Mark Brooks. Brooks formerly coached the defensive line at State 4A powerhouse, Hopkinsville High School, and even more recently, was set to steer the Offensive Line for 5A football power Christian County before this hire was announced. Under Brooks’s tutelage, the Tigers’ defensive line was statically the finest in its Classification and registered 120 tackles behind the line of scrimmage for the year.

Brooks, who is from Michigan, played for Hall of Fame Head Coach Tony Annese who went 195-41 over 22 seasons as Head Coach for Montrose, Ann Arbor Pioneer, Jenison and Muskegon. Annese’s father, Nick Annese, was, himself, additionally inducted in the Michigan Football Coaches Association Hall of Fame. The younger Annese led his teams to two undefeated seasons, 15 playoff bids, two state semifinals,  and three state titles. Kentucky Prep Gridiron is indebted to Ariel Christy, former Sports Editor for The Collegiate, a student newspaper servicing the Grand Rapids Community College, for contributing to this story.

Brooks is a self-described old-school, hard-nosed football coach, according to the School District’s release which is in line with the training he would have received playing for such a distinguished Coach from such an austere coaching tree. Brooks will be inheriting a program which has, thus far this decade, not acquitted itself too badly. Ballard Memorial, since 2010, has won 54.5% of its football games and gone 42-35. In 2016, the Bombers made the play-offs before bowing out in the first round in a loss to Butler County.

The Bombers have before enjoyed success as they were previously steered by Head Coach Chris Cooper, now coaching in Dothan, Alabama, who was principally assisted by new HC at Fulton City, Kentucky, Dain Gregory. With the efforts of Cooper and Gregory, the Bombers made an un-precendented three year run of three straight trips into the 2nd round of the 2A, KHSAA playoffs. The Bombers were aided on that path with the assistance of players like Alex Mallory, who played collegiately for Willie Taggart’s Hilltoppers at WKU, and Alex Hill, who signed out of Ballard Memorial with Campbellsville. The Bombers have only advanced as far as the 2nd round one time since the duo’s departure.

Kentucky Prep Gridiron has learned Coach Brooks has been in talks with several respected and veteran possible assistants about coming to Barlow, Kentucky and working with him at Ballard Memorial. We are not commenting further at this time because we feel it would be inappropriate to report on that until Coach Brooks is ready to release such information. With that  being said, KPG salutes the Bombers on a wise choice of a veteran coach who we believe will get the best out of the athletes which will matriculate through the high school and continue the tradition of winning to which the fans have become accustomed.