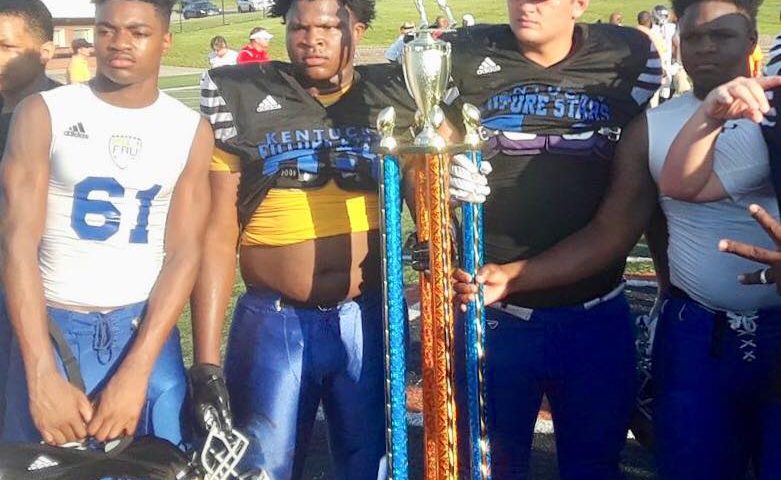 We hear it every football season. We don’t play freshman at _____________(fill in the blank). Well, my question is this, what are you going to do if a freshman is clearly better than what you are playing? Does your school play the best 11 or do the players who stay…get to play? I have always believed football is a meritocracy. You earn playing time and if a freshman comes up and is as good as the upper class-man, the older player, who has had longer to develop in the high school’s system and strength program, should sit. I have told my own son, if you look around and some freshman is as good as you, and you’re a senior, then you don’t deserve to be on the field. Let’s be totally honest here, if your 18 year old son can’t dominate a 14 or 15 year old kid…what does that say about the effort (or lack of) he has been giving over the course of his high school career?

Well, Louisville Male High School, one of these 6A programs where freshmen don’t play, has 4 real dilemmas entering the freshman class this Fall semester. They have four freshmen, Vinny Johnson, Jr. (WR), Elijah Manning (DT), Brandon Dobbs (DT/DE), and Jayshawne Shizz Monroe whom are all enrolled and practicing with the team, right now. Why is that a dilemma you ask? How is Male High School going to keep them off the field and, by year’s end, out of the starting line-up? If they play them, because they have to play them, how will the program sustain and further perpetuate the fantasy that Male High School is one of the programs where freshmen can’t play varsity football? There are lots of programs in Kentucky who would take that particular dilemma.

Jayshawne Monroe, while only a freshman-to-be (2022), is a 235 pound linebacker and defensive lineman who already runs a fully-automated 5.2 second, 40 yard dash, timed at the Adidas adizero Rivals Speed Combine in Hendersonville, Tennessee at Pope John Paul II High School in the neighborhood of two (or so) months prior to the publishing of this article. Monroe played for the Team Kentucky Future Stars which just won its third straight contest over its Tennessee counter-parts at Georgetown College at this past June’s Tennessee-Kentucky Future Stars Classic.

At Johnson Traditional Middle School, The Shizz had 6 rushing TDs, 6 TDs receiving, 2 sacks where he stripped, scooped, and then scored TDs while at linebacker, and another fumble recovery for a TD where he also blocked the punt attempt. Johnson Traditional lost 14-12 to Farnsely, a Division 1, state semi-finalist, in the second round of the KYMSFA middle school, football playoffs, last year. For those of you counting, that is 15 scored TDs a year ago from a player primarily forecast to play defense at the high school level.

I believe Jayshawne Shizz Monroe is going to test that we don’t play freshman on the varsity at Male High School business this Fall. I know this, the four freshman above pictured would play varsity football at 95% of the high schools in Kentucky, regardless of classification. Maybe they all should transfer? Bet that would change that ridiculous seniority tradition.