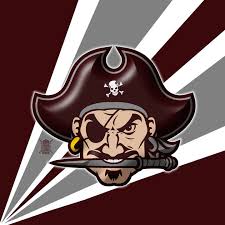 As we enter the 2018 football season, there will be lost and lots of teams who will be handing over the reigns to formerly untested players. Just because they haven’t before played, on the varsity unit, doesn’t mean they can’t. Every year in Kentucky high school football former unknowns pick up the ball and carry teams on their backs, making fans and coaches wonder why they didn’t go to that player even sooner. An example of this occurred in 2016, upon the graduation of QB Riley Hall at Pulaski County High School.

Riley Hall finished his career in the top 10, all-time in Kentucky in passing yards (10,516, 6th), touchdown passes (112, tied for 6th), passing attempts (1,236, 5th), passing completions (803, 4th), and career completion percentage (65%, 8th).  As the Maroon Pirates, or simply Maroons, entered the 2016 season, they couldn’t have felt too good about having to have someone else under center for the upcoming season. Enter Wiley Cain. Cain, the son of Johnny Cain, a former great QB at Somerset High School, and the grandson of John Cain, a high school coaching legend, certainly had the pedigree to forecast success even entering 2016 with very little varsity level playing experience. Experience he didn’t have, but there were attributes he did possess.

Wiley Cain had a strong arm, a large frame, and he was (and still is) really tough. All Cain did was lead Pulaski High School to a 12-3 record and a birth in the Class 5A State Championship Game against Bowling Green High School where, the Maroons had an utterly disastrous, Championship Game performance. In his first year in the saddle, Wiley Cain completed 180 of his 303 attempts (completion percentage of .5941) for 2,284 yards passing and 26 TDs offset by his 7 interceptions thrown.

Last year for John Hines‘ Maroons, whom had graduated a lot of production from off the team which went 12-3 in 2016, Cain and his cohorts had a poor season, by their standards (Maroons went 4-7 with a first round playoff exit). However, Wiley Cain followed up his 2016 performance with throwing for 2,562 yards and 20 passing TDs offset by 13 interceptions in only 9 games played in 2017. Cain completed 233 of his 395 passing attempts for a completion percentage of .5899.

Coming back in 2018, a season which promises to be much more successful than 2017, the Maroons not only have Wiley Cain returning but he will have one of the best rising sophomores at RB in Kentucky behind him in Tristan Cox who gained 709 yards on 165 carries and scored 10 rushing TDs as a freshman and his favorite target in the passing game is back too. Jake Sloan caught 73 passes as a sophomore in 2017 for 936 yards receiving with 6 TD receptions. Oh yeah, we almost forgot, the former freshman, Tristan Cox, wasn’t too bad in the passing game either as he caught 36 passes last year for 224 yards receiving.

So here we are…entering Wiley Cain‘s senior season. Riley Hall is a memory now on East University Drive and the Maroons enter this season with a QB firmly entrenched in the starting lineup. Cain has the frame at 6-2, 205 pounds, so he’s still a large kid for the position he plays. Cain still has the strong arm. Now, he has a world of varsity playing experience too which includes at least one deep run in 2016 all the way to Lexington, Kentucky. His coach back before the 2016 season predicted that Wiley Cain, “…before he’s through, …[will be] just another great quarterback to come out of Pulaski County High School.” The only remark, looking backward, with the benefit of hind sight, to that prediction is..prediction fulfilled!