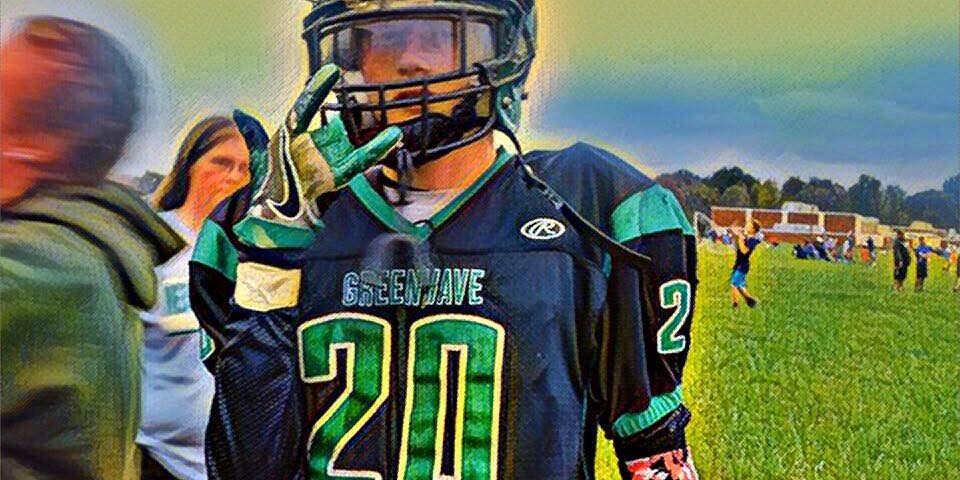 I thought before we left Brandenburg, Kentucky and the mighty Green Wave of Meade County High School from the 6A classification’s 2nd district, we would feature another super-frosh almost sure to have quite a coming out next season on the Meade County varsity. As before discussed ad nauseam, it is hard to figure how teams will do, preseason, as there really isn’t a source out there (apart from KPGFootball) which tracks JV and Freshmen football players. Even our ability to learn much about a stud freshman’s performance will be limited to the freshmen who play varsity football. However, we have our sources at KPGFootball and our available, commonwealth-wide list of sources is ever expanding.

Resulting from that, we are able to predict the emergence of certain players who tear it up on either the JV or freshman football teams. We just featured a freshman running back who will step right into a bunch of rushing attempts, in 2018 as a sophomore, owing to the departure of a star senior at the position with limited established back-ups when we featured JT Godsey. Green Wavers, here’s another kid coming to the varsity roster whose matriculation should make Meade County fans excited about the 2018 prospects. How many of you know about JJ Richardson?

JJ has the length and height most college recruiters crave at the positions he regularly plays which is WR/Corner. JJ has also played quite a bit of QB for which he is equally suited physically. JJ is 6-1 and weighs 150 pounds and he has the frame to indicate he will add more height and thickness as he continues to mature. JJ, a guy who once scored a whopping 25 TDs while playing junior pro football while teamed with players like Justice Thompson (2021) at Ballard, Demetri Scott (2020) at DeSales, and Elijah Manning (2022), who has just joined Louisville Male‘s roster. Last year, on the freshman team, Richardson started at Corner on defense and wingback on the offense for one of the best freshman teams in Kentucky. The team lost only once and JJ, in six games, intercepted 6 passes, including 3 against one of the best freshman squads in Kentucky in Owensboro High. From wingback, JJ Richardson had 7 rushing TDs and, at the season’s end, Richardson was selected the freshman team’s Defensive MVP.

Now, Meade County High School being a Class 6A football team, generally denotes as a rule that no freshmen play varsity and few sophomores get much time on the field Friday Nights. As a parent hoping your son will be a starter during either his freshmen or sophomore years in high school, this is a fact of which you should be aware. If your son is not number one on the depth chart entering his sophomore season, and he plays 6A football, don’t freak…it doesn’t mean he can’t play. That aside, JJ Richardson, according to sources we accessed in preparation for writing this article, is locked in a battle for the starting, game one, spot at Corner on the Green Wave varsity unit. It will be fun to see how this shakes out and whether he is at Corner for the Green Wave‘s opening contest. The one certainty and constant here is JJ Richardson has ample athleticism and frame to be there when Meade County opens at Simon Kenton August 17, 2018.