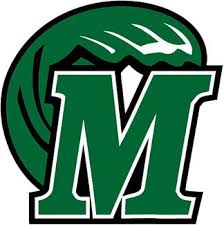 When KPGFootball began, my partner and I recognized there was a dire need for a database, or even digital magazine, which publicized the prowess and exploits of both middle and high school football players in Kentucky. We elected to start a digital magazine because I fancy that I can write a pretty entertaining story. As of today, we have sold 1,721 articles and entertained over 125 thousand viewers and we only began in April of 2017. Our inkling there were people across the Commonwealth of Kentucky who cared about middle and high school football and the kids who play the game appears on the money, if you will pardon the pun. Players like Meade County‘s JT Godsey, Class of 2021, are why we exist. I will tell you why.

I was researching Meade County yesterday as I intended to publish an article on DeShawn Welch, which I did. Now, most teams log its statistics detailing individual and team performances on a site sponsored by Riehards Sporting Goods and maintained by the KHSAA. I am not picking here, but some coaching staffs do a better job updating the team’s statistics than others. Not regularly updating this site is a gross mistake as it is one of the regularly regarded sites used by sportswriters, like me, as a resource to make All-State selections, write stories, determine how to vote, weekly, in the AP football poll, as well as many other things. I am convinced I had a nomination for the MaxPreps Freshman All-American team, just last year, excluded because the team for which he played had woefully failed to report his actual statistics. I had a nominee included, and the one excluded had almost a mirror year, and just as good of a positional frame, as the player included.

If you access the Riehard scoreboard for Meade County, you will not find any freshman or JV football statistics. It is like these players, on whom a varsity team can’t really flourish without, don’t exist. All you will see is where JT Godsey failed to log a single carry for the Class 6A, District 2 football varsity team the entire last football season. Right off the bat there is something fishy, even about the varsity statistics annotated on the site, because it only has Meade County playing 9 games, which we know to be demonstrably untrue (they were 5-6 and bounced from the KHSAA playoffs by Henderson County). The statistical table, which only included Varsity statistics, would indicate to a researched that all of last year, Godsey failed to gain a yard, garner a single carry, or score a single rushing TD. About the only thing about Godsey one can find, on line, is his being listed by a guy on Bluegrass Preps as being one of Meade County‘s most important returners and the fact one may surmise that he and @BrionnaWelsh are quite smitten with each other, a fact which makes me overjoyed for the young couple, but doesn’t tell me much about Godsey as a football player.

So, anyone looking to discover who is one of the best young tailbacks/half-backs in Kentucky’s Class of 2021, and who should have been a freshman All-Stater, last year but wasn’t because no one really knows what, if any, statistics are being accumulated at either the freshman or JV levels (don’t blame the player, blame the game) you will now have us as a definitive source. JT Godsey is a bone fide football player, and one of the best ball carriers in all of Kentucky’s 2021 prospect class. Owing toKPGFootball‘s dogged research and determination, we have learned Godsey scored 13 rushing TDs on the freshman team last year in only six games of service and rushed, from scrimmage, for approximately 800 yards. The 5-10, 200 pound, rising sophomore, doubles as a linebacker and attacks a line of scrimmage, savagely, regardless of whether he finds himself playing offense or defense. He is a guy who may well find himself, first string, on both sides of the football in 2018, which is no easy task in Class 6A football for this or any sophomore.

In light of Meade County losing its leading rusher from off of last year’s squad, Zach Babb, who gained over 1,200 yard rushing on the year and over 15 rushing TDs, Godsey may be the single most important returning player on the 2018 roster. We plan on keeping up with JT over the course of the 2018 season, and we hope we get some Meade County/Brandenburg, Kentucky subscribers to help us track this budding superstar. Maybe, next year, we can know more about this football player than whom he is dating.