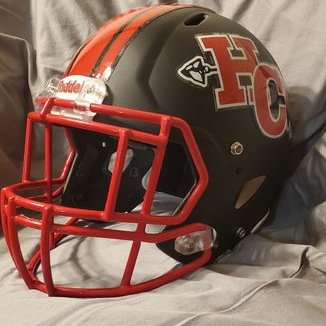 Tradition in high school football is mostly comprised of which teams have been “good” the last 3-4 years. Resulting from this, we think of Holy Cross (Louisville) as the “good” program and Holy Cross (Covington) as the program struggling.

To arrive at this opinion, one isn’t going back too far into the recesses of time. You see, around a decade ago (2011), former Cincinnati Bengal and 12-year NFL veteran, Bruce Kozerski, led the Indians off the battle field with plenty of “Scottie-scalps” in the bag of tricks and a Class 2A Kentucky Football Championship Trophy.

The Indians were 12-3 that year. They pounded Glasgow in the championship game, 33-14.

The Indians, with what they did this year, appear to be cycling-back-up. This year, they were 4-8.

Drawing from the past as our guide, would it be fair for one to say the Indians looked poised to mount the old war ponies and ride roughshod over some unsuspecting, Class 2A, figurative cavalries? Are the Indians cycling back toward the top of the 2A classification?

Reading the tea-leaves, one gets a certain impression. That impression is there may be some trouble brewing for opponents on the reservation.

If that holds true, old war horses like Coach Bruce Kozerski and young toughs the likes of Levarr Jones (’24) will play substantial roles in the uprising. I have always believed, where a team lacks break-away speed, it should utilize size and power. Kozerski has seemingly heard of this stratagem.

Jones is listed at 6-0, 280-pounds and bench presses a reported 300-pounds. We aren’t sure about the 6-foot height. We have no problem with the 280-pounds. He’s put together.

He clips off 40-yards in 4.9-seconds. He could well be even faster now. We don’t know how old that time is. We do know a sub-five-second forty is quite quick for a 280-pounder just completing his sophomore year in high school.

Levarr was listed on the ’21 roster as a RB/DL. You won’t always see that combination for two-way players. We have reviewed his film. He was slotted both places.

We can’t speak for what he contributed on defense in what amounted to limited duty. He made his defensive cameo count registering a TFL, a FF, a FR, and a QB-sack among his 9-stops. We can tell you we like him along a defensive front next level.

What he contributed on offense, especially taking into consideration his immense proportions, was remarkable. Jones gained close to a 1,000 yards (974) on 158-carries and scored 12-rushing TDs. He was second on the team in scoring.

They aren’t playing a bunch of “Joe Slappies” up around the Northern Kentucky area either. This is especially true when considering the 2A football teams hanging around those Cincinnati-area locker room.

The Indians played Walton Verona, Newport Central Catholic, and back-to-back 2A Kentucky State Champion Beechwood Independent twice. Staying with our “Indian” themed feature here, that is quite the gauntlet for any team to have to run.

If we are peering through the old looking glass at next season, would you like to know what we see? Well, Holy Cross, and we mean the one in Covington, returns enough talent, particularly at RB and particularly should Jones start asserting himself on defense, to be a problem on most of the area teams’ schedules.

We believe the Indians are on the move and we can hear the war drums beating. That is a fact which never sits too well with surrounding settlers.