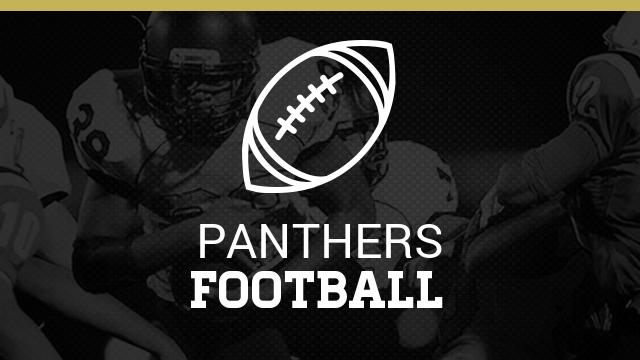 Man, they sure have a history of playing football in Russellville, Kentucky. Russellville has one of the most exciting rising freshmen in the Commonwealth of Kentucky in QB, “Rooster” Woodard. With talent like Woodard perpetually restocking the cupboard, is it any wonder why the Panthers regularly make deep runs in the Class 1A State Football Playoffs? For all of those concerned about whether the Cupboard is bear at Russellville Middle School, there is little about which to fret. Last year RMS lost the regional final to Owensboro Catholic in the 8th grade, Division III, Region I bracket and, while Woodard is going to be hard to replace, it is comforting to know Lennon Ries is being added to the RMS roster.

is a tall and lean player who played running back at RMS on the 7th and sometimes 8th grade teams owing to his sub 5 flat 40 yard running speed. As a coach at HMS, I can tell you he was one of the fastest players we saw all year and, when he got into the defensive backfield, he was tough to catch, even for 8th graders. For our 7th graders, well one can change that to impossible to catch. Ries also plays in the defensive backfield and returns punts and kicks. Truthfully, with his frame and build, I believe he will get considerably taller and may end up being too tall for RB. I can easily see him playing WR/S/Corner on the HS level and even beyond. Not surprisingly, Ries also plays basketball and I can easily see him playing that in HS too.

Kentucky Prep Gridiron predicts Lennon Ries will make many more All-Star teams upon completion of his 8th grade year and is a sure bet Team Kentucky FBU team member and Kentucky Future Star provided he auditions. Ries has that which you can’t coach, length, frame and incredible speed, with that which you can…his being a skilled and fantastic football player who has apparently been very well coached to this point.

For Kentucky Prep Gridiron, this is Fletcher Long reporting, reminding you ballers to…PLAY THROUGH THE WHISTLE!