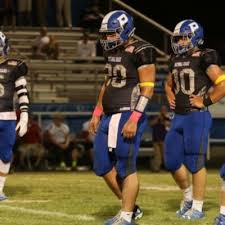 Paintsville High School plays in Kentucky’s smallest classification in prep football. The Tigers have an enrollment under 250 students which is why it is surprising the high school in Paintsville, Kentucky produces Division I football talent like monster LB Kash Daniels at 6’1″ 235 pounds. Well, the little high school that could, has done it another time.

Tyrese Allen is a standout defensive tackle who has committed to play college football at West Virginia University over offers from Purdue, Memphis, and Cincinnati. Tyrese is listed as the 7th best prospect in the Commonwealth of Kentucky, according to 247Sports.com, and is the top rated Defensive Tackle in the Commonwealth. To me, Tyrese is an example of a kid who would be a 4 Star player if he played at a high school above the 1A Classification.

Tyrese is a kid with good size (6’3″ 290 pounds) with the frame to hold another 10-15 should the staff at WVU believe it warranted. Tyrese is really strong. I saw him rep 225 pounds on the bench press,  22 times on YouTube, when he was a sophomore in high school. To put that in perspective, that is one more rep than Jadeveon Clowney repped the same weight on the bench press at his NFL combine after 4 years at South Carolina. Allen has good speed, with a personal best 40 time of 5.15, and a 28.7 inch vertical. Tyrese is an explosive penetrator who gains almost effortless entry into opponents’ backfields.  He just tosses opponents around the gridiron like he’s playing football with a much younger brother in the back yard. It’s comical.

At Kentucky Prep Gridiron we believe Tyrese Allen is a prospect who has flown under the national radar. This kid is as good of a DT prospect as we have seen in the Commonwealth in several years and should be in easy contention for both the Commonwealth’s Mr. Football Award and top rated prospect. Putting it bluntly, there just aren’t six players in the Commonwealth of Kentucky who are better college prospects than Tyrese Allen. There may not be one. It will be enlightening to see him play competition which physically matches him because the players on his high school teams’ rivals grossly fall of being anything approaching his physical rival. Get ready Kentucky because the Commonwealth has two in the 2020 class as good as Tyrese Allen in Octavius Octagon and Logan Parker, but I digress.

In summation, WVU has come in and plucked a real prize here. Allen is a kid who weighs 290, but looks as though he weighs 240, which means his body is composed of lean muscle mass and very little fat. This kid is a player who, barring injury or off the field problems, has an incredibly bright future in college and beyond. KPG predicts this kid may be a Sunday player. This is Fletcher Long reporting for Kentucky Prep Gridiron asking you to remember to…PLAY THROUGH THE WHISTLE!